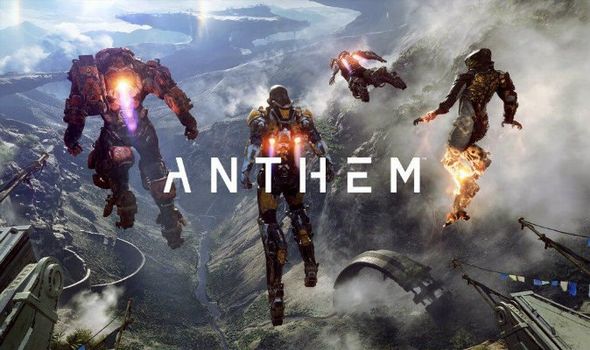 It’s no secret that for BioWare there’s a lot riding on this game. After MASS EFFECT: ANDROMEDA many saw ANTHEM as the new IP that would reinvigorate BioWare. The company and hundreds of game developers spent six years on ANTHEM, and bugs and critical reviews have plagued it following its initial release as a demo. I played the demo and had fun, however, so I purchased the game. There were enough bright spots in the demo to encourage me to trust BioWare.

I’m not a hardcore gamer. Keep this in mind as you read my review. I don’t care much about customizing my suit, crafting new weapons, completing daily or weekly challenges, buying new gear and checking my weekly alliance ranking. I don’t enjoy Role Playing Games either. I just want a compelling story, fun playability with puzzles and combat, and a game that’s going to pull me out of my world for a few hours at a time for some entertaining escapism. In fact, I’m such a casual gamer that it can be frustrating in a multiplayer arena when others have clearly already beaten the game and know exactly what they’re doing. 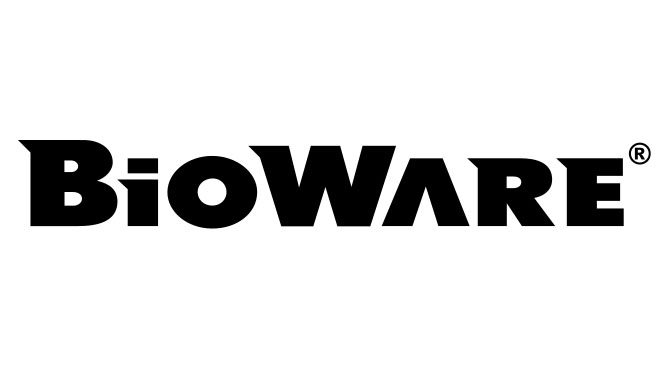 The big question is:  Did BioWare deliver? Did the game live up to the expectations? The answer for me is that, yes, it did deliver on most counts, bugs and all. And that pun is definitely intended.

The reality here is that every launch exposes bugs and flaws that are later corrected with patches. This game, since it relies so much on multiplayer action, has more issues than others. A lot more. But those are getting ironed out and the game is far smoother than at launch. Hell, the demo weekend featured infinite load screens, and many called the game a “load screen simulator.” But the simple fact here is that ANTHEM is fun. Damn fun. The battle sequences are entertaining, the weapons are awesome, and playing with a squad of three friends against some badass enemies is wickedly entertaining. 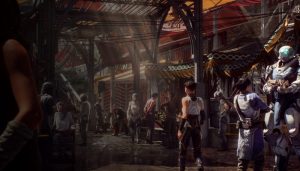 ANTHEM takes place on an alien planet where an ancient species, called The Shapers, have long since vanished. The human settlers are trying to carve out a life for themselves on this world while sending out missions into the wilds to discover more about the planet and its history. The main campaign revolves around an incident that took place two years earlier, and the climax of the single-person thread revists this cataclysmic event. It’s easy to get lost in the details. The history of the planet, and of your home base, Fort Tarsis, is so complex that the player’s library is full of information that’s impossible to completely absorb. But you’re only at Tarsis for short spells until the game tells you a bit of the story and then sends you off on missions where you interact with three other players who are also on the same quest. If you’re lucky, you can convince three of your friends to buy the game and play it with you. Missions involve killing wildlife and monsters and outlaws and solving puzzles. The world of ANTHEM is absolutely incredible. The level of detail is phenomenal. Forests and cliffs, valleys and rivers and waterfalls, tunnels, caves, castles and fortresses. Villages and settlements. Six years of development is a long time, and much of it must have been spent here. 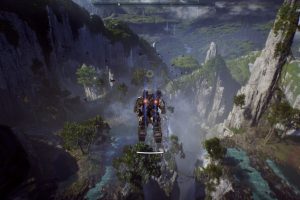 I found myself thinking about AVATAR while playing. It’s a similar environment: safety at the base, and danger when you’re out exploring the alien world. Others have compared ANTHEM to DESTINY. In the former you wear a mech suit, which you can customize with different weapons and abilities. The latter game might be similar; I’m not sure because I’ve never played it. But ANTHEM features flying and hovering, and switching between land and air during battles is exhilarating. Throw in a squad of your friends battling with you, and it’s just pure joy. 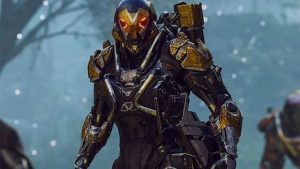 – The combat is unique and loads of fun. I played with one mech suit (a javelin) called the Storm. Its weapons feature elemental attacks, like lightning and ice strikes. Freezing enemies and then blasting them to pieces is amazing. I will never get tired of it. In fact, it reminded me of my days years ago playing TWISTED METAL 2 on the PlayStation.
– Playing a campaign with friends on the same mission is just awesome. There are lots of laughs while taking on a Titan or an Escari together.
– There are some interesting side stories at Fort Tarsis, and you get wrapped up in some of them. You don’t have to do these, but they add to the narrative.
– Hovering over a battlefield while you rain elemental and machine gun attacks downward is extremely fulfilling.
– The soundtrack is fantastic.
– The flight motions and third-person POV are great. It’s been described as “Iron Man Fighting” and I can identify with that. There is a steep learning curve while you figure out how to control your javelin. Once you do, you never tire of it. 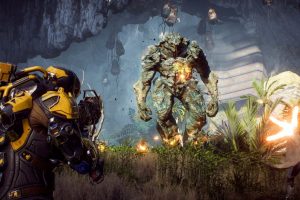 – The animations, particularly of the people in Tarsis, and facial expressions and monsters in the wild, are wonderful.
– There is more DLC coming, and it’s free. Stick around after the end credits, and you will get a taste of what’s just around the corner.
– Once you finish the game, two new Strongholds unlock. So, once you complete the story, you don’t, really. It’s an evolving tale with more content set for release.
– BioWare is listening to feedback and is making adjustments to just about every part of the game. From the power of weapons and the strength of bosses to the HUD and the inscription abilities, BioWare is continuing to tweak everything to make this game better. 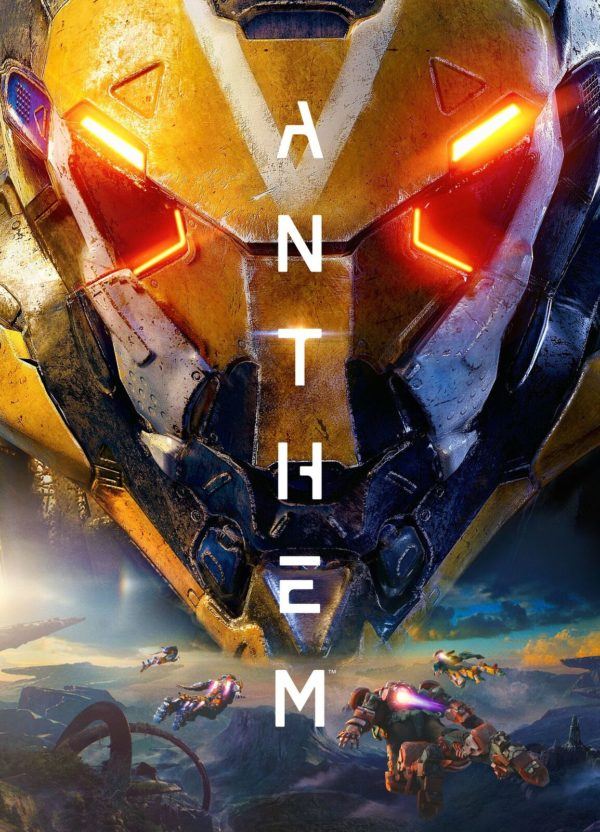 – There are lots of load screens.
– If you are playing with others who have already completed the mission and they are doing it again to gain more loot (better weapons, abilities etc.) then they often go on ahead and pull you along with them. This initiates more loading screens. It’s called “tethering.” It’s best to avoid this by playing missions with friends who progress on the missions at the same pace. BioWare has already adjusted the tethering times to cut down on this issue, but it’ll always be there. My advice is to adjust your missions to “private” to avoid this if possible.
– The bugs. There were a lot of them at release, but fewer now. Some caused the game to crash, some caused audio problems, and others caused consoles to crash. The game could have used more time to work these out, but with a multiplayer/campaign game of this sort, developers might have had to just release it to really see what bugs existed. They’re working on it, and in fact they just released a patch on 9 March. The game will continue to improve.
– The story could use more emotional depth. I’ve just come off playing THE LAST OF US, which was the most emotional video game I’ve ever played, so maybe this point is unfair. ANTHEM is just such a unique and different game though. It’s part campaign story and part online multiplayer. I’ve never played one like it … and I don’t think one like it actually exists. BioWare might be forging new territory, but the fact is that the game is meant to be part single-person campaign and part multiplayer combat, so perhaps emotional depth is not what they intended anyway.
– I paid $112 for ANTHEM (Legion of Dawn Edition, the price in Canada after taxes) and I deserve more DLC. In fact, I’m not exactly sure what I got with the LoD Edition. A unique skin perhaps … ?

Overall it’s a very entertaining game. The combat is lots of fun, the graphics are incredible, the story is good and the world-building is intricate and at times jaw-dropping. There is free DLC coming with new stories and even when you finish the campaign, you can continue playing in the multiplayer world, building your javelins, completing side mission, and exploring this incredible planet. New missions and stories are just around the corner. Kudos to BioWare for creating this unique and innovative game.

(Remember to stay until after the end credits.)

Full Disclosure: One of my family members is a game developer at BioWare, and has been there since MASS EFFECT 1.

THE WAR BENEATH by TSJ
In Stores Now!
Semi-Finalist for the 2018 GLOBAL THRILLER and the 2018 CLUE Award

Praise for THE WAR BENEATH
.
“One very riveting, intelligent read!” — Readers’ Favorite
“If you like novels like The Hunt for Red October and Red Storm Rising,
you will certainly enjoy The War Beneath.” — A Thrill A Week
“If you’re here for thrills, the book will deliver.” — The Cambridge Geek
“This is a tense, gripping science fiction/thriller of which Tom Clancy might well be proud . . .
When I say it is gripping, that is the simple truth.” — Ardath Mayhar
“… a thrill ride from beginning to end …” — SF Crowsnest
“… if you like Clancy and le Carré with a hint of Forsyth thrown in,
you’ll love The War Beneath.” — Colonel Jonathan P. Brazee (RET),
2017 Nebula Award & 2018 Dragon Award Finalist
“Fast-paced, good old-fashioned Cold War espionage … a great escape!” — The Minerva Reader