The Void by Timothy S. Johnston 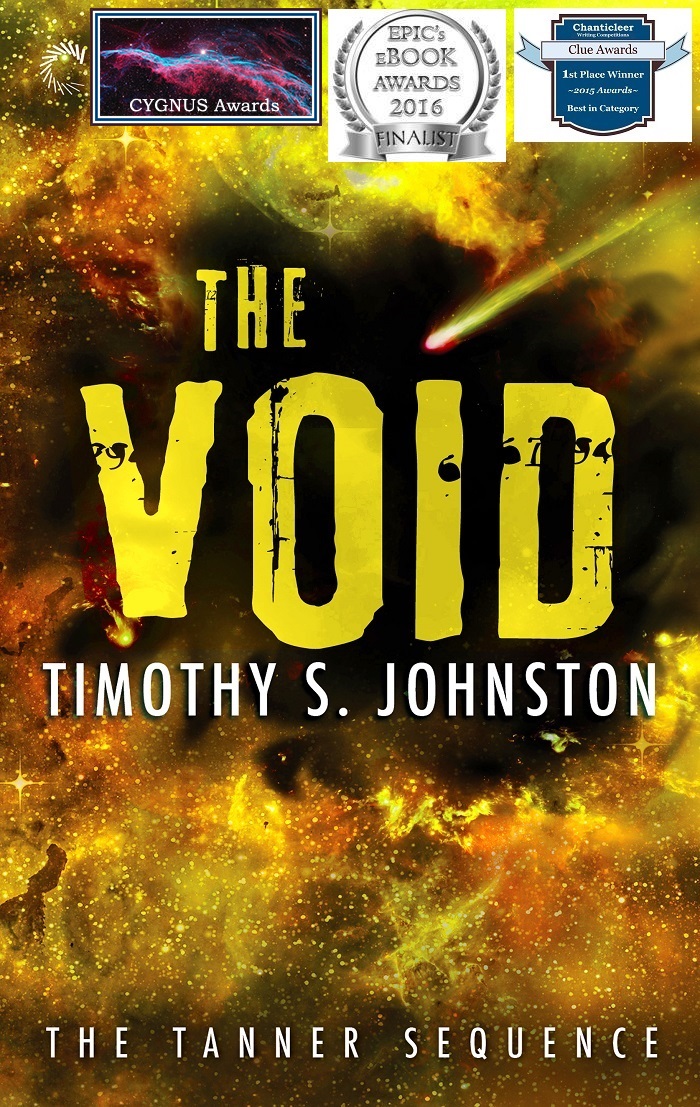 The Void by Timothy S. Johnston is available wherever eBooks are sold.

It would be easier to kill him than to trust him.

Transporting a serial killer might seem like a simple job for CCF Homicide Investigator Kyle Tanner. After spending years apprehending murderers, he’s ready to hang up his pistol. Babysitting a prisoner will bring him to Alpha Centauri, where he can search for a way to escape the CCF forever.

If he makes it.

When his ship breaks down in deep space and a CCF research vessel comes to his aid, Tanner realizes he’s in terrible danger: the scientists on board have blocked his distress call. And when Tanner’s prisoner escapes, he begins to suspect that the proximity of the research vessel had nothing to do with luck and everything to do with the CCF’s relentless reach.

Facing near-certain death by his own organization, Tanner must unravel a tangled skein of vengeance, duplicity and murder in deep space. But he’s being held at the will of master puppeteers, and if he can’t cut the strings, he’ll dance straight to a gruesome, excruciating death…

“This engrossing and exciting SF thriller is Johnston’s third Tanner Sequence adventure (after The Freezer), but it stands well on its own … SF and mystery fans will be impressed with Johnston’s tightly written deep-space whodunit.” — Publishers Weekly STARRED review

“Johnston is a master … a captivating read.” — Chanticleer Book Reviews

“Johnston does a remarkable job of developing a twisted mystery with numerous suspects and lots of danger.” — Martha’s Bookshelf

The Void by Timothy S. Johnston is the third book in The Tanner Sequence, which details Homicide Investigator Kyle Tanner’s journey as he investigates murders in remote and claustrophobic locations.  Each book is a standalone novel; reading the ones published prior to The Void is not necessary.

Carina Press released The Furnace by Timothy S. Johnston in 2013 and The Freezer in 2014.