I wrote about turning forty-seven here. My thoughts remain the same. I was born at the best possible time. I loved the decades I’ve experienced — the films, the music, the television, pop culture, and the explosion of technology. I’ve witnessed the birth of the personal computer, the internet, the ease of information acquisition and now this time of instant gratification. It’s a period that we could only have imagined just a short time ago. 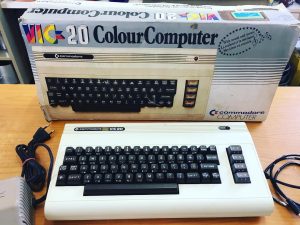 I remember as a child once wanting a particular song for the record player back home. This was back in maybe 1980. To purchase this single, I had to walk fifteen minutes to the mall and speak with the saleswoman in the record store. I had to find a day that worked best 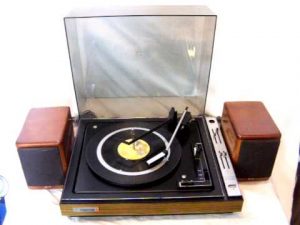 for me to go. I had to make sure I had the money in my pocket. If the single wasn’t in stock, they’d have to either order it for me or I’d have to go to a different store. Everything took so much time. It’s a period that our children will never understand. Today, anything we want (more or less) is easy to find and order without ever leaving the house. Everything happens nearly the instant we want it. Need to purchase something? Do it on Amazon and have it delivered. Want to rent a movie? Do it over iTunes or use an On Demand service and watch it right now. I remember in the past going to Blockbuster or Jumbo Video and walking the aisles to find a movie to watch. Oftentimes the new releases would be gone. Just empty shelves, and I’d have to migrate over to the older releases to find something there. Usually those movies were really poor choices, but I did find some gems, like this one here: 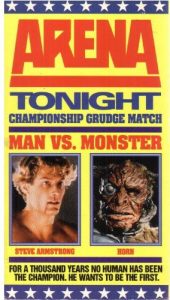 Communication technology is so different now too. There’s no such thing as a busy signal on the phone line anymore. That’s a sound kids just never hear. Now we’ll send a text or leave voice mail. Or post it on someone’s wall. There’s no shutting yourself off, no leaving the phone off the hook to get some privacy. 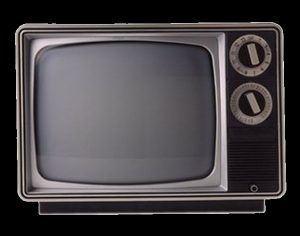 Watching TV was another chore back in my childhood, as strange as that sounds. Our TV when I was younger was black and white with a bunny-eared antenna and a dial for the channels. There was always lots of static. We didn’t even have a remote … but some people did, and it was a toaster-sized box connected by cables to the TV. We didn’t even have cable in my early years. We only got a couple of channels over the airwaves. One was Channel 10 here in the city, but all that was on was news and a few soap operas during the day. One was THE EDGE OF NIGHT. My mother watched it, not because it was particularly good — it was the only thing we got. But nowadays? There are more channels than anyone can watch. There’s also binge watching on Netflix or Amazon or Crave TV or HBO or whatever. Missed a few episodes of a show? Just catch them On Demand. Want to watch HOMELAND because people are talking about it? Just check it out on Netflix. Start at Season One, Episode One and binge the entire series. Or THE WALKING DEAD. See them all the second you decide you want to watch them, or pick any episode you want. I remember watching STAR TREK in syndication in the 1970’s. You had no choice what episode was going to air. If you wanted to watch CITY ON THE EDGE OF FOREVER, you had to wait until the episode came up in the regular rotation. And if you missed it … well, you had to wait for seventy-nine more weekdays, until the next time it played in rotation. There was no recording TV shows back then, pre VCR. 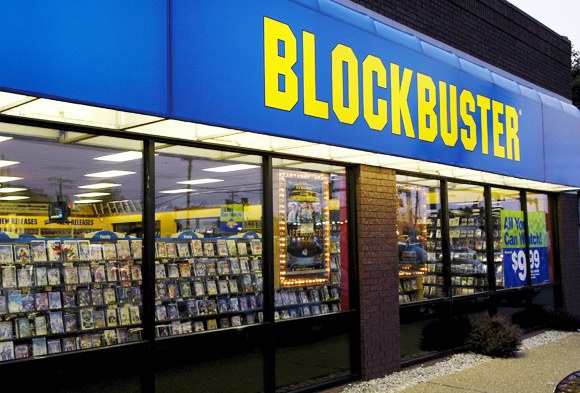 I used to visit the local Blockbuster weekly

I’m not sure what this “instant gratification” is doing to people. Is it affecting personalities? Are people more spoiled or more entitled than they used to be? No doubt it’s having some effect on children today. I’m just not entirely sure what kind. Did having to wait for things have an impact on me while I was growing up? There is a benefit to being bored, I’ve read. When I was a kid there would be long days of boredom. Rainy days especially. Nothing to do, no one to see, no instant gratification anywhere. Researchers say this wired our brains to be more resilient, more capable of dealing with hardship. Today’s youth rarely experience boredom. There’s so much for them to do, anytime, at the drop of a hat. And parenting is so different too. When I was a kid, parents made us entertain ourselves. Either that or I’d have to go on errands with my dad. Nowadays parents seem to feel it’s their job to entertain their kids. I’m guilty of this too. 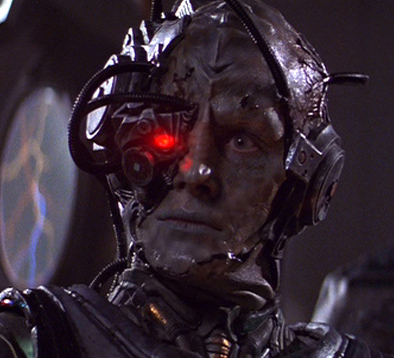 I’ve seen a lot to be sure, but I’m making it sound like I’m ancient. I know I’m not — I’m just brushing the edge of fifty, but I’m not quite there yet. The other day I was speaking with a friend whose grandmother was born before the first automobile, before the first plane flight, and she died after humans had landed on the moon. Now that was a period of great change! Roughly 1870 to 1970 was an absolute explosion of transportation technology. Right now it’s a change in ease of communication and information retrieval. I wonder what will come in the next few decades. Cybernetic implants will grow exponentially I’m sure. Technology hardwired into biology. As time passes there will be a blurring of the internet and our consciousness. It’ll be difficult to see where memory ends and data access from servers begins. We’ll put the phones down eventually, because engineers will one day build them into our very biology. You may wrinkle your brow at this thought, but trust me when I say it’s coming, and it’s coming fast. It’s on the horizon right now, and the technology explosion for the human race isn’t just a bomb — it’s a nuclear detonation teratons in size and it’s steamrolling the planet as I type this. 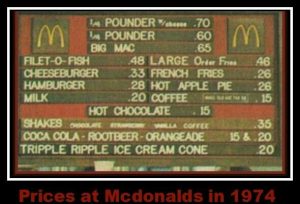 Even going out to McDonald’s was an event

I know I’ve been rambling a bit. Sometimes I wonder if technology is a good thing for us. I always come back to the fact that when I was young, and it was closer to the conclusion of World War II, people were a lot poorer than they are today. Every aspect of society reflected this. From the things we ate or bought at the grocery store to the clothes we could afford to the inability for us to even go out for dinner. It sounds weird, I know, to gauge wealth by how often you can afford to eat out, but the simple truth is that we had to buy on the cheap and cook our own meals. Now, as a society, we have more wealth. Just look at our health care! Vaccines and antibiotics and treatments for diseases once labeled “incurable.” There’s a massive benefit for us right there. Life spans have doubled in a hundred years. People will study this in the centuries to come and look back at this time, this century as well as the Twentieth, as the period of greatest change for humanity. Only they can judge whether it’s been a positive or a negative for the human race. 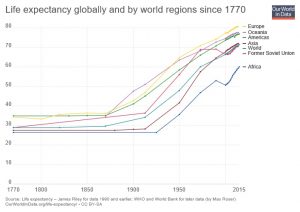 And the astonishing piece here is that WE are experiencing it. WE are the lucky ones who get to see it, first hand. It’s incredible, for better or for worse.

I can’t wait to see what will happen in the next few decades.

I write Technothrillers/Science Fiction, but I’m also living it. After I hit “publish” on this article, I’ll not only be communicating with people who have met me face to face, but also with strangers who only know me through my creative writing or my internet/social media presence. That in itself was a Science Fiction concept of just a few decades ago, and yet here we are.

It’s an amazing time, and I’m happy to be alive. I’m thrilled that I was born in 1970. Thanks for the birthday wishes! 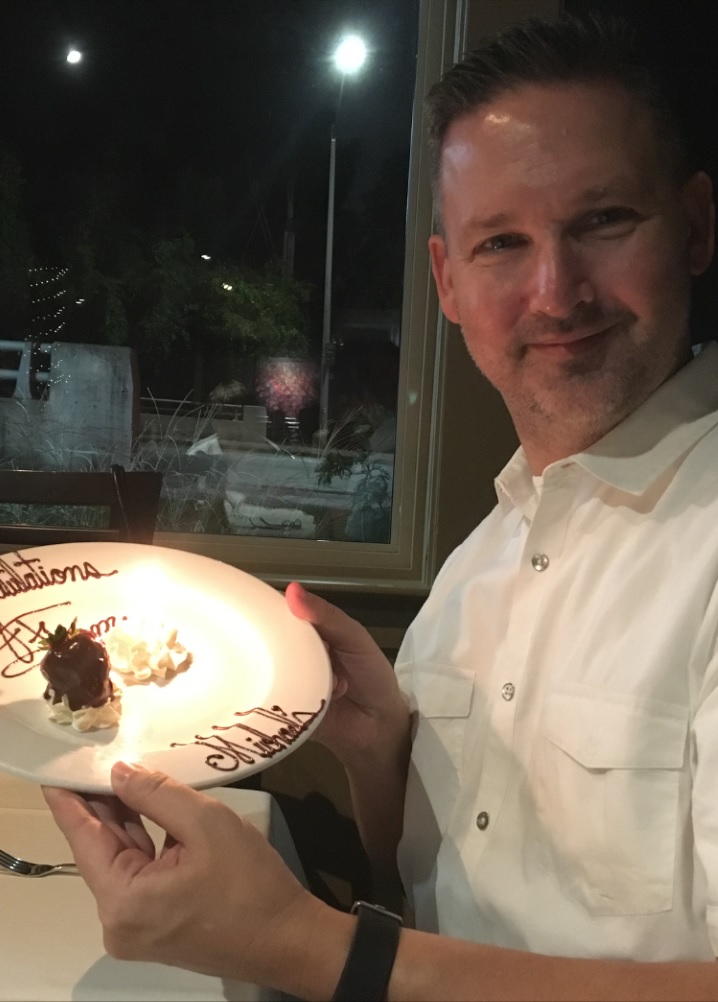 This blog entry is dedicated to those born in 1970.