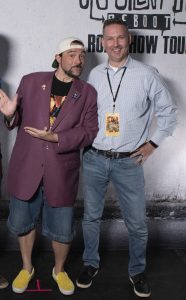 While we watch the country shutter its windows as the Coronavirus storm outside passes by, I thought I’d share a happy moment from last month.

In February I had the pleasure of traveling to the Queen Elizabeth Theatre in Toronto to see Kevin Smith introduce his newest “View Askewniverse” film, Jay & Silent Bob Reboot, listen to a Q&A, then meet him backstage. I’m a fan too sometimes, and it was wonderful to meet the man who has pioneered independent filmmaking (he maxed out all his credit cards when making Clerks), has made enormous contributions to pop culture, and built a business empire dedicated to geeks and nerds. He also writes and directs, fixes screenplays (i.e. Die Hard 4), and amuses fans with stories during his “Evenings with Kevin Smith” events, his Q&A’s, podcasts, and more. My favorite film of his would most likely be Jay & Silent Bob Strike Back, and my favorite stories include The Legacy of John Peters (“The Giant Spider”) and his Bruce Willis rants. The latter ones are both amusing and crushing; if you haven’t heard them, you can find them on YouTube.

His best story from the evening would be of his recent reconciliation with Ben Affleck.  It was both heartwarming and funny, which is typical of Kevin Smith, and the reason why Kevin is loved by so many.

He was gracious and welcoming. He seemed anxious to know if we enjoyed the film (we did) and he greeted us backstage with big hugs and smiles. He is a genuinely good human being and it was a pleasure to finally meet him after years of getting to know him through his various properties and appearances.

Here are a few pictures of Kevin from the event. Pictured with me is my own “Hetero Life Mate” of thirty-five years, RT. Kevin, if you’re reading this, I told you backstage to stay healthy, and it looks like you’re doing so. Well done! Thanks for coming to Toronto, and thanks to RT for taking me. 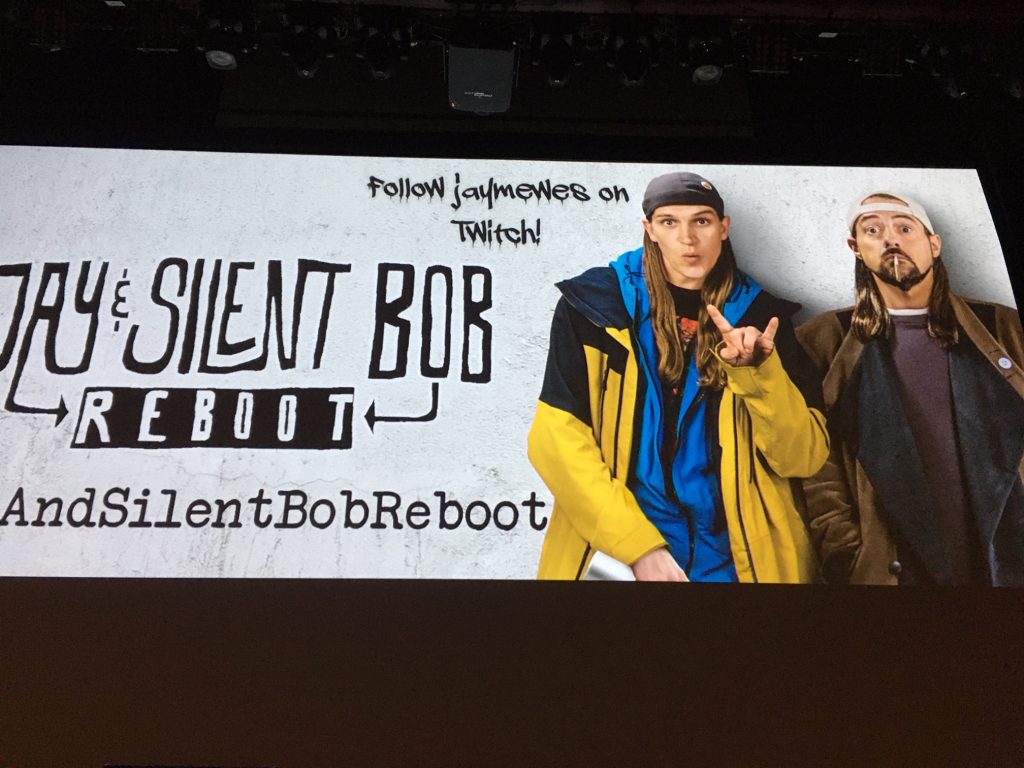 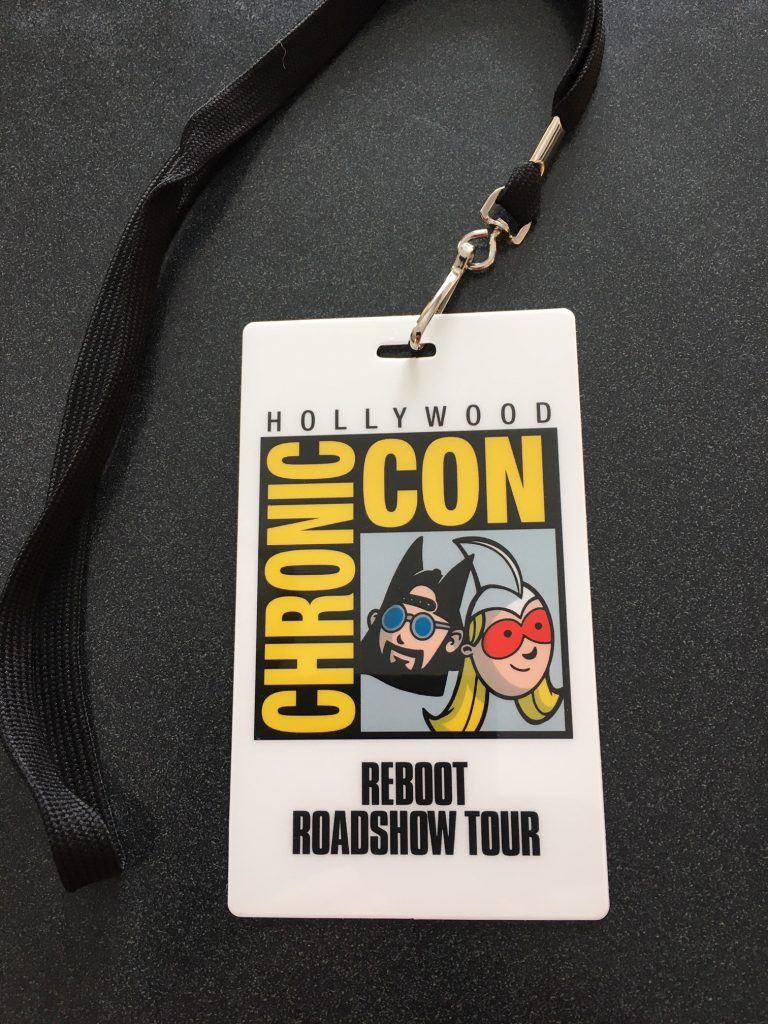 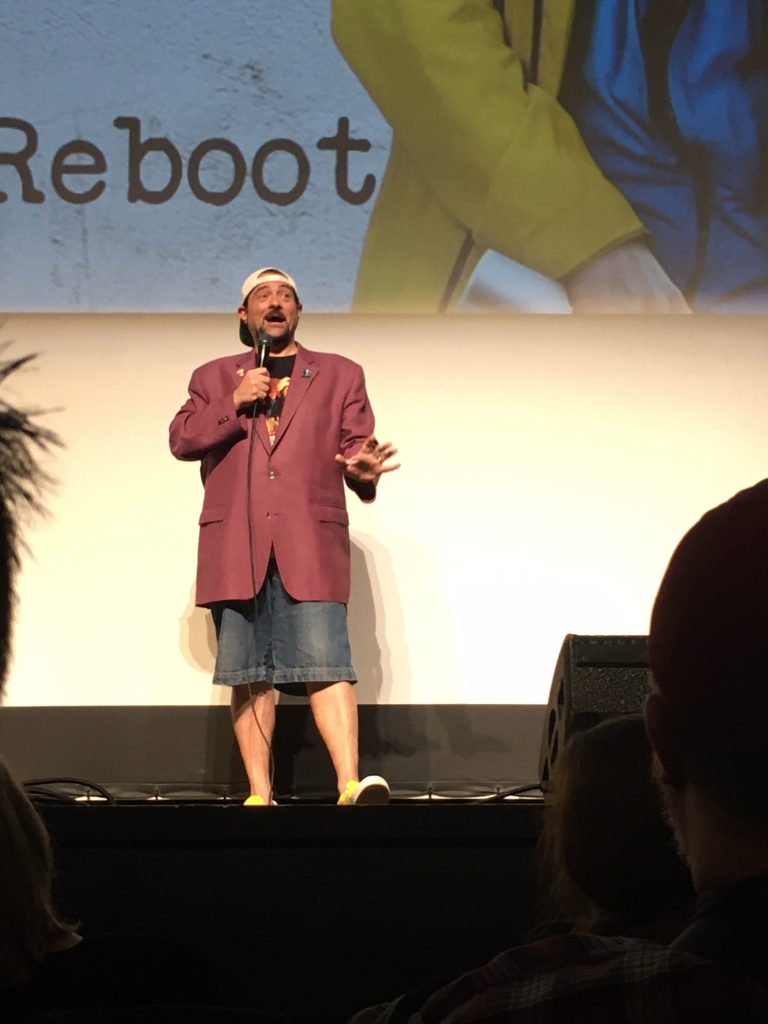 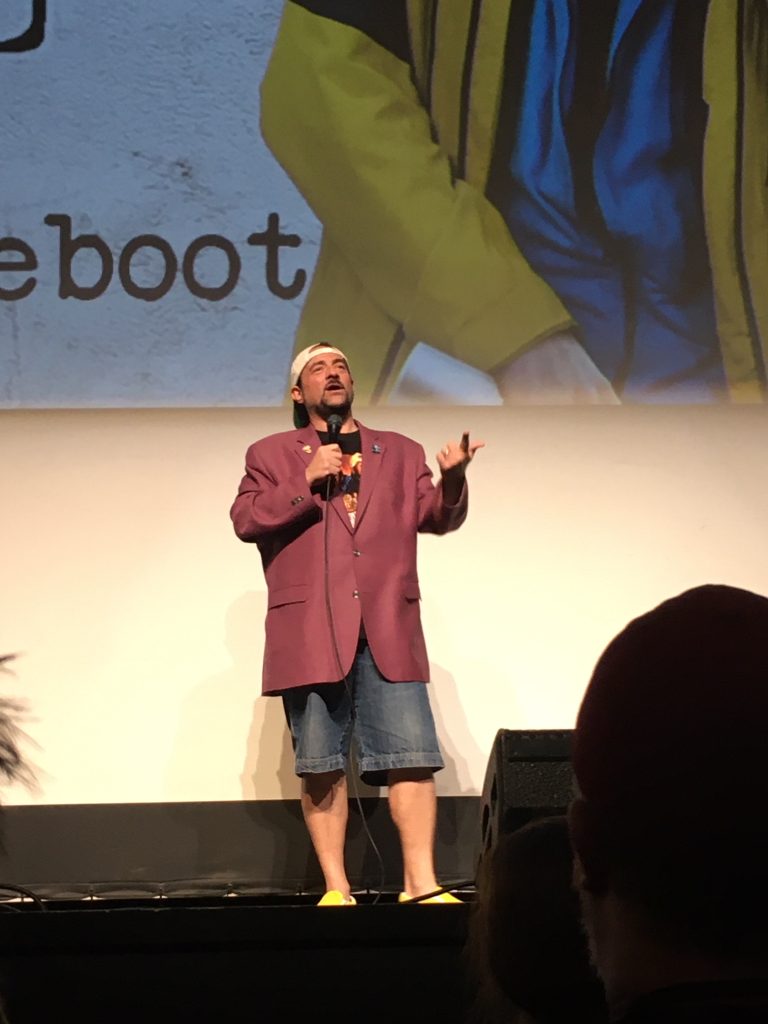 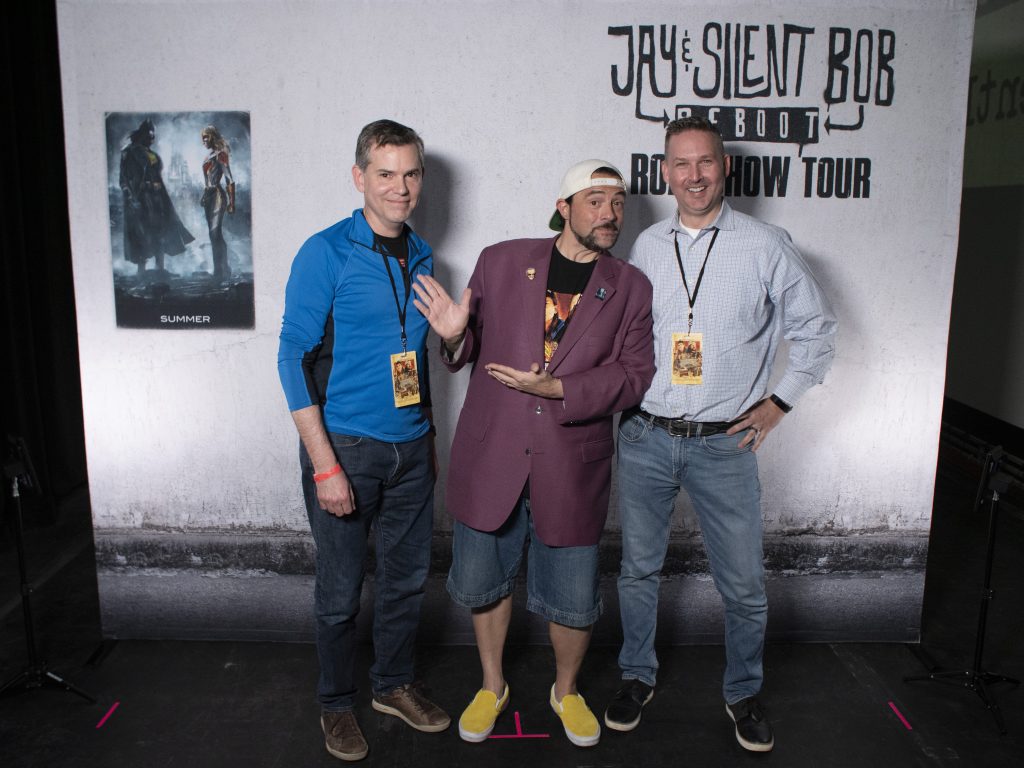 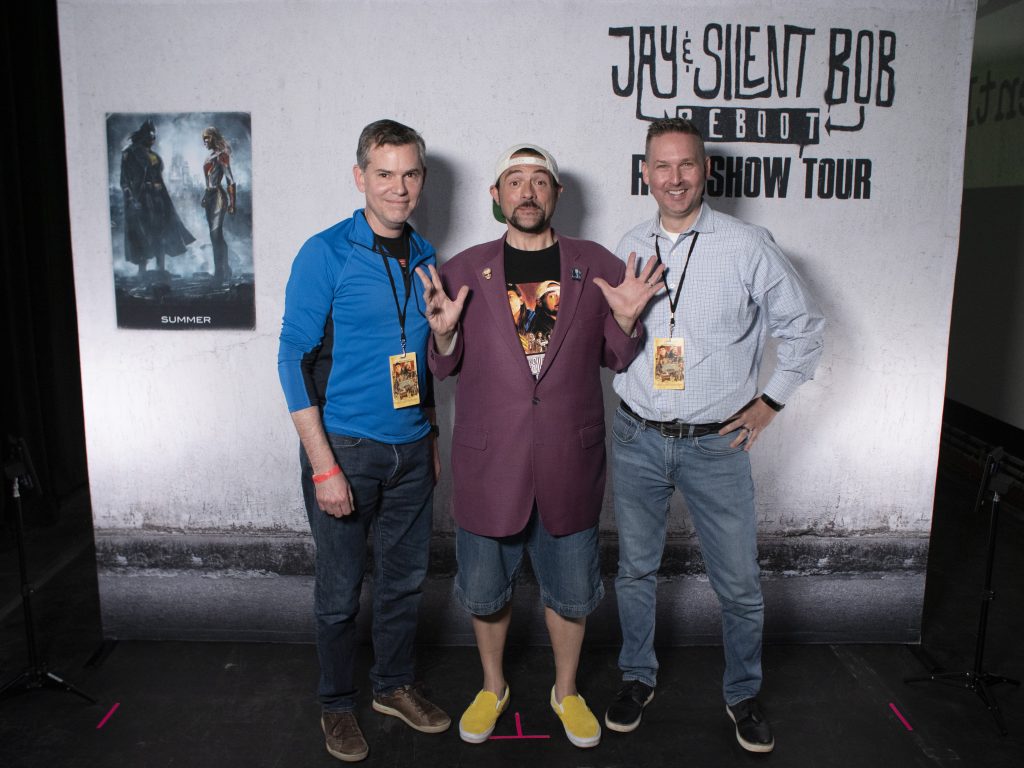 RT on left, TSJ on right. Silent Bob in the middle.

← The Second Cold War is Coming, and the Culprit is Climate Change
TSJ Reviews THE FLY →