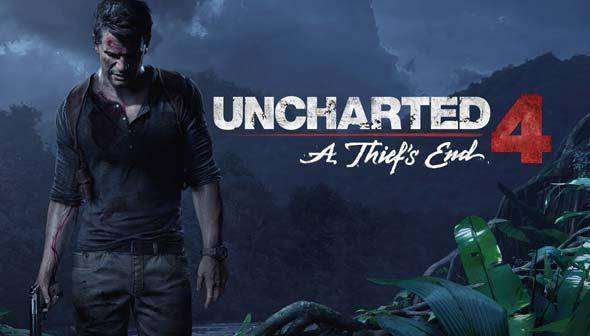 As is my character trait, I seem to review properties years after their initial release. I have a massive collection of books to read, movies to watch, and games to play, and I’m usually quite behind … but there’s good reason. The world needs escapism now more than ever before. I’ve needed it since my teen years, just to get through the stresses of life and the (sometimes) torture of being an INFJ. As a result, I seem to end up playing games years after they’ve first arrived on the market.

I regret not playing Uncharted 4 earlier, because, simply put, it is loads of fun. The recent movie, starring Tom Holland, motivated me to finally play and finish it. And once started, I couldn’t stop. The short review: it’s fantastic fun. It’s easily the most emotional and entertaining of the four games in the franchise, and the previous ones were great too. That statement speaks to the level of enjoyment this game holds. 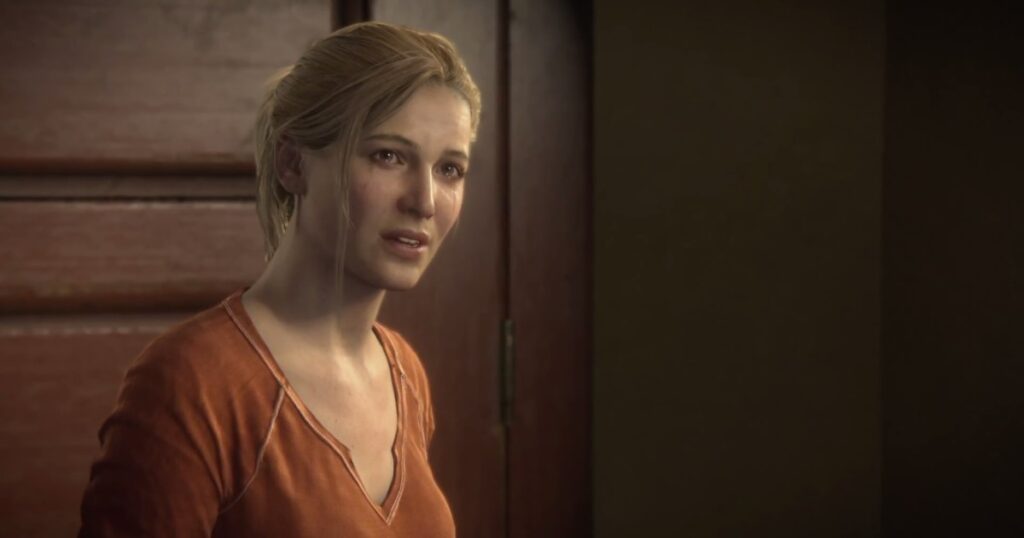 Uncharted 4:  A Thief’s End is a single player action/adventure Sony game featuring a male lead navigating the world searching for treasure, solving puzzles (called “trials”), bringing history to life, and performing death-defying parkour stunts including, but not limited to, lunging from ropes, ledges, rock walls, cliffs, wood beams, rooftops, sail masts, buildings, boats, cars, trucks, and more. Far, far more. It’s a highly entertaining story with humor, family drama, marriage drama, action, and excitement. There’s little doubt that the franchise just keeps getting better, and that this game — the culmination of three earlier iterations — has taken all the best of what made parts 1 through 3 entertaining and expanded on them. Faces from the past appear, along with some new characters, the narrative further develops Nathan Drake’s past and character through cut scenes and interactive story-driven flashbacks, and at the conclusion, a future is foreshadowed.

This game is simply great. 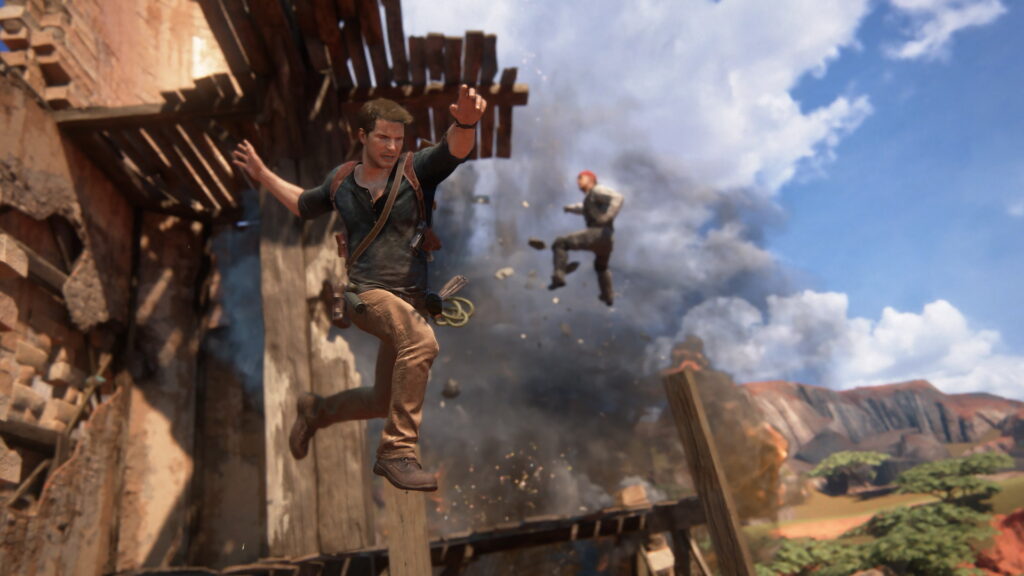 The action is over the top, cinematic, and very visual.

– The character arcs are enjoyable. Even the cut scenes are entertaining.
– The playability is perfect. Jumping from ledges, climbing, swinging … everything is just natural and seamless. I played on a PS4 and there were no issues or bugs.
– The story is based on history and it feels comfortable and familiar, like Indiana Jones and Tomb Raider. Globetrotting treasure-hunting is an action genre that if done right, is pure “popcorn” event. 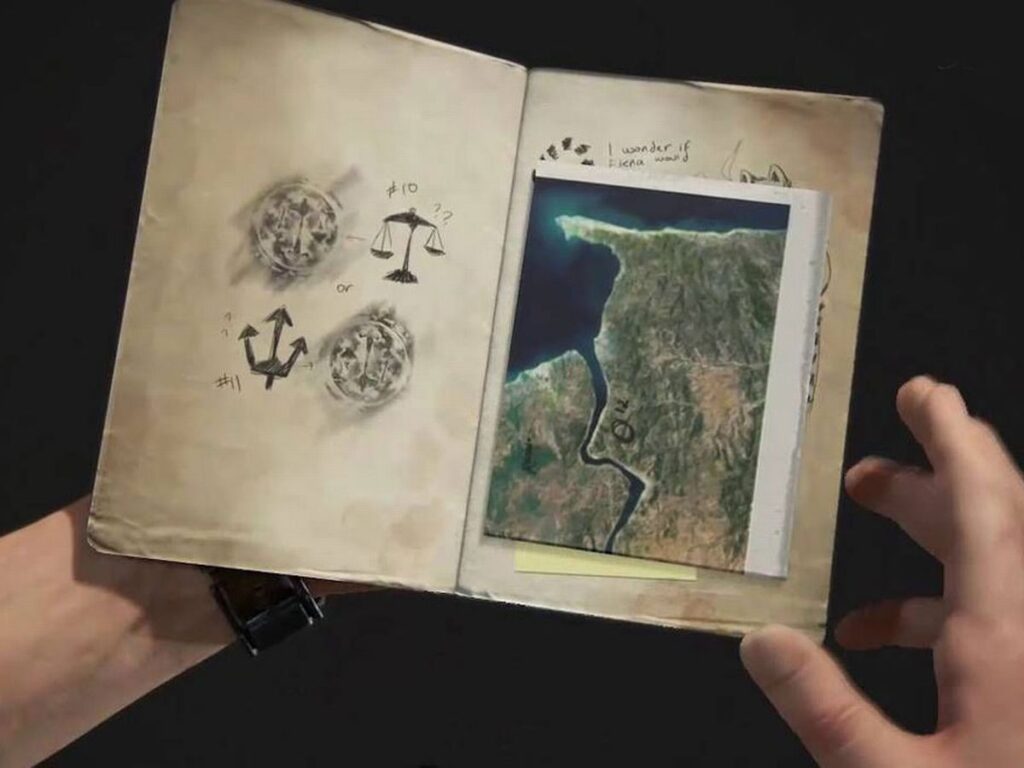 There are lots of clues, journals, maps, letters, art, codes, and more.

– The score, writing, directing, and characters are all working to tell an enjoyable, cohesive, and immersive story.
– The vast majority of the time, gameplay involves controlling Nathan Drake. At times, however, you get to drive vehicles, including Jeeps, trucks, cars, and boats. The controls are intuitive and familiar. The Jeep driving in particular seemed innovative. There are areas where the roads are not marked and it’s loads of fun searching for routes up mountains, waterfalls, driving in rivers, marshes, on rock outcroppings, and on gravel roads. As a Jeep Wrangler owner myself, I really appreciated this. At times you have to use the winch to navigate up trickier paths, and figuring out when to do so is interesting and logical. 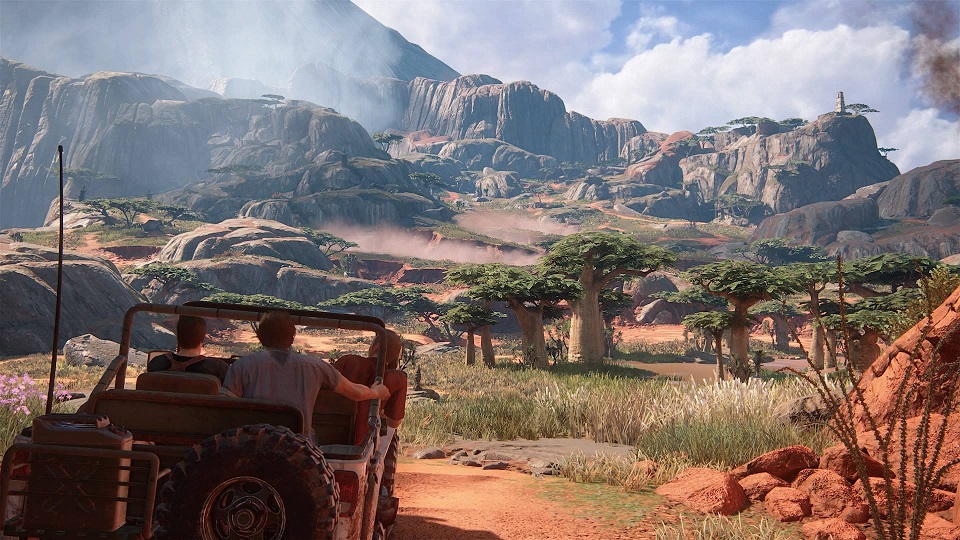 The visuals are incredible. This is a cinematic game.

– The weapons are fun. It’s not a FPS — it’s a third-person adventure — but the weapons include grenades, grenade launchers, sniper rifles, machine guns, automatic pistols, fists and swords.
– Neil Druckman, also a creative driver for The Last of Us and The Last of Us Part II, proves that he is a powerful force in the world of storytelling. He gets it. He understands the balance between story and emotion and integrates both well in Uncharted 4. He is a next level storyteller. I’ve often said that a cinematic, story-driven video game is the most immersive form of storytelling, and Druckman is a master of this craft. I hope to see more Uncharted, more Last of Us, and more of anything he is a part of. I understand he’s working on the HBO adaptation of Last of Us as an executive producer. This is great news.
– At times the game is full-on fighting. At others, it requires stealth. Sometimes it involves solving puzzles to advance to the next stage. It all involves history (some true, some fictional), in this case, a treasure hidden by a cabal of pirates who formed a colony together, along with their plunder. 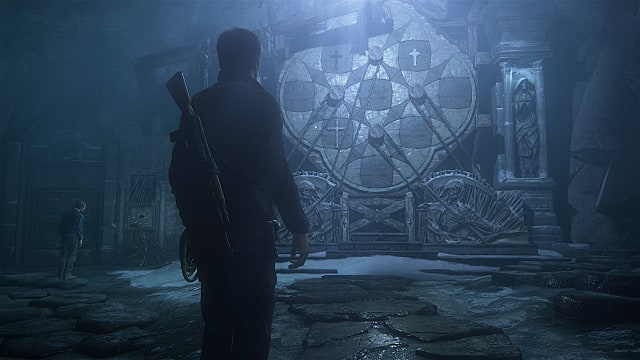 One of the many puzzles, or trials.

– The artistic quality of the hidden cities, the landscapes, the urban aspects of the quest, and the major set pieces are exemplary. Kudos to the 3D artists who worked on this game! 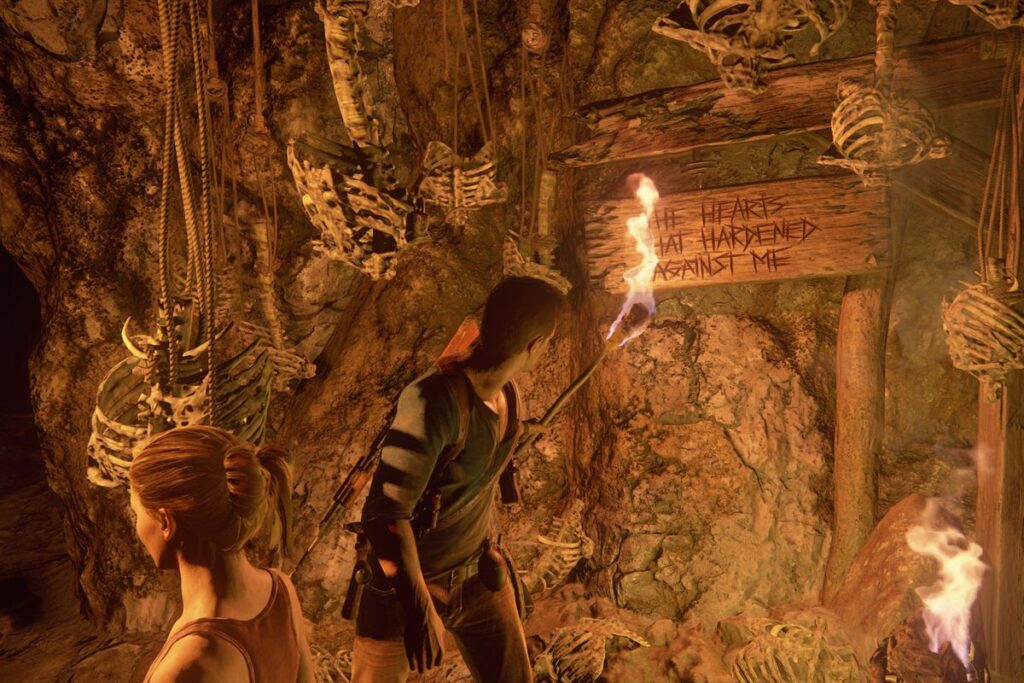 I really can’t think of anything. The game took me about twenty hours to play, which is just about perfect. As stated above, the story, gameplay, graphics, score, voice acting, and emotional engagement level was top notch right across the board. 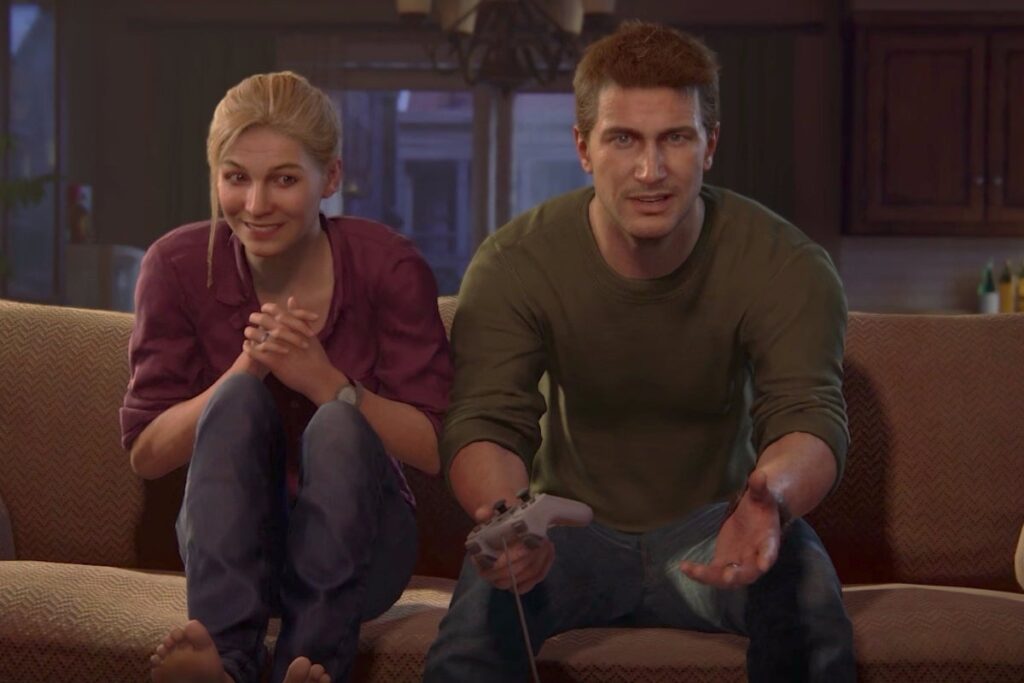 This relationship is great. Elena is more than a romantic interest in this franchise. She plays a key role in the treasure hunting narrative.

In short, Uncharted 4:  A Thief’s End was a great addition to the franchise, wonderful escapist entertainment, and just plain thrilling. I want more! Highly recommended.

AN ISLAND OF LIGHT by Timothy S. Johnston is out! Watch the exciting book trailer now!