TSJ’s Thoughts on His Second Novel THE FREEZER

What Really is the Most Dangerous Life Form in the Solar System?

In THE FURNACE, my claustrophobic murder mystery that took place at a power-generating station in close orbit around the sun, I forced protagonist Kyle Tanner into a brutal situation — a descent into hell. Trapped on a station with one or more killers, along with an amplifying threat of an unknown nature, he had to decipher a scientific mystery within hours in order to not only save himself, but to protect the human race from extinction. The reason I chose the sun was no fluke. You see, I wanted the growing heat of the environment to create a mood and atmosphere unsettling to the characters. It’s why Spike Lee set DO THE RIGHT THING during a heat wave in Brooklyn. That facade behind which people hide their innermost feelings and urges and prejudices is fragile. Uncomfortable people have a harder time hiding their true selves. Their deepest secrets and hidden hatreds can unravel, surge out and create an extremely hostile situation.

I loved the setting in THE FURNACE. In THE FREEZER, however, I wanted to take Tanner to the opposite environmental extreme — to the cold, icy expanse of Europa’s frozen ocean. You see, the environments in these murder mysteries do more than create a dangerous situation that confines my characters. They also mirror Tanner’s emotional state.

As a result, I needed something to start the novel off with a bang.

Something to make him suffer.

I knew that Europa was just perfect for the setting. It’s also possibly the most interesting place in the solar system.

It’s a moon of Jupiter about the size of our own moon. The surface is entirely frozen water roughly ten kilometers thick. There is no land at all. Under this is an ocean of liquid water more than fifty kilometers deep. The tidal stresses as the moon revolves around Jupiter, combined with the tension of the other nearby orbiting Galilean moons, keeps this ocean from freezing. Consider this — the entire moon’s surface is solid, free-floating and not “rooted” to the interior of the moon in any way! At the surface, plates of ice are colliding, there are rifts and ice ridges thousands of kilometers long, fractures kilometers deep can open at any time, and there are even “water volcanoes” spewing H2O two hundred kilometers up. Hubble recently captured images of this happening.

It could actually be — and pardon the cliché — hell frozen over.

Talk about the perfect place for a murder. 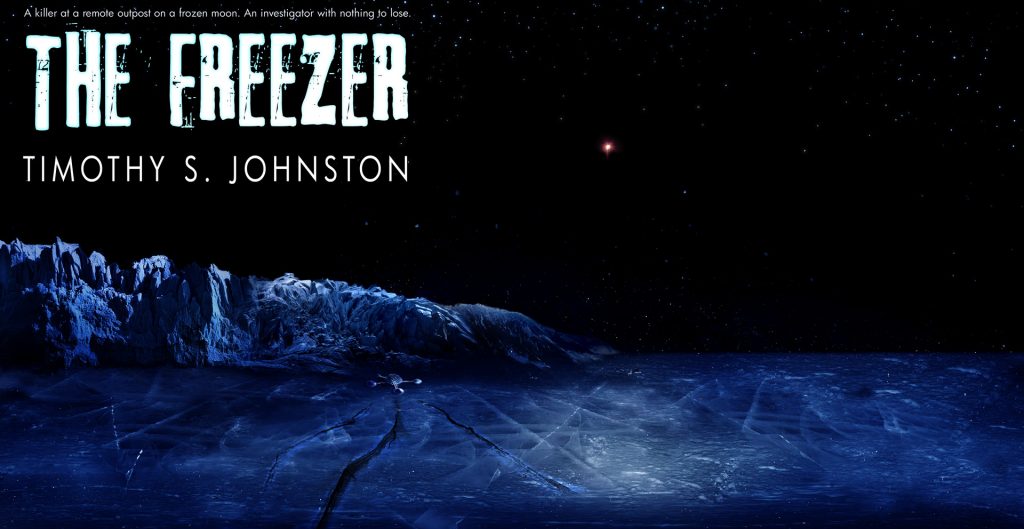 I knew how to get Tanner to Europa. I knew I had to crush him emotionally before he arrived. And I knew that once he was there, I had to get him out on that surface to truly experience the dangers of the moon.

But that was only the beginning.

I needed to have a facility on the surface there. But there’s a big problem with that. You see, you can’t just put a building on ice. Our structures have to be warmed in order for humans to survive, and a warmed surface will melt into the ice. (Or sublimate in this case due to the severely low atmospheric pressure.) This, of course, would be catastrophic for the inhabitants.

The setup to the novel practically wrote itself. The environmental threats once my characters were at the base — called “The Freezer” — were easy to write. And the heartache I took Kyle Tanner through brought him to the edge of an emotional precipice, literally and figuratively.

Now all I had to do was create another scientific mystery for Tanner to decipher in order to survive.

There are other reasons why Europa could be the most interesting body in the solar system. Firstly, and most important, there is liquid water there. Life (as we know it) needs it to survive. Under those ten kilometers of ice could be an incredibly fascinating and even lush biosphere that most of us can’t even imagine. One that James Cameron might see in his dreams. The water is warmed by tidal stresses. It might even be heated by tectonics, because Europa also has a rocky and metallic core. We know that Io, also a Galilean moon of Jupiter, is extremely active. Europa might be too. And there might be life near warm ocean volcanic vents. 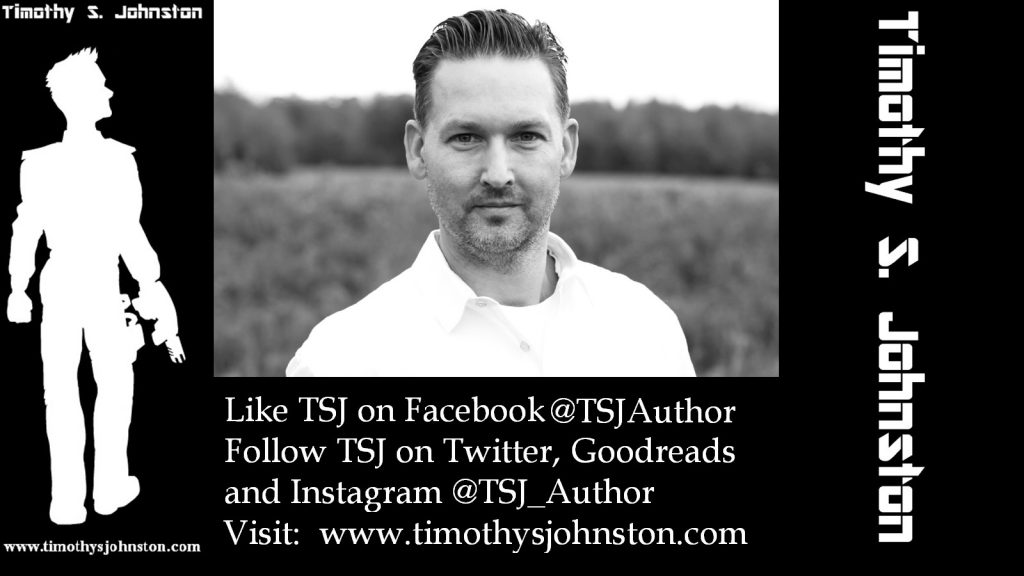 Others have played around with Europa in their genre work before. The movie EUROPA REPORT, for instance. But the one that made the biggest impact on me was Arthur C. Clarke’s 2010: ODYSSEY TWO. In that novel, a Chinese vessel landed on Europa for mysterious purposes. Turned out they were pumping water into their tanks to use as fuel (steam can propel a ship too, though not efficiently). Unfortunately for the crew of Tsien, the ship was destroyed by a type of alien seaweed that emerged from the ocean, which then encircled and crushed the vessel.

EUROPA REPORT also used life forms on the moon as a hostile plot complication. I didn’t do this in THE FREEZER, however — instead I used the interesting setting as a foreboding and terrifying environment for a claustrophobic murder mystery.

You see, in our solar system, I believe the most dangerous life form isn’t found in the oceans of Europa or in Jupiter’s liquid/gas atmosphere or at the crushing pressures on Venus’s surface.

I think you know what I mean.

And unfortunately, so too does Homicide Investigator Lieutenant Kyle Tanner.

Read more of TSJ’s thoughts on THE FREEZER here.

Enter my contest to win a TSJ mug here.