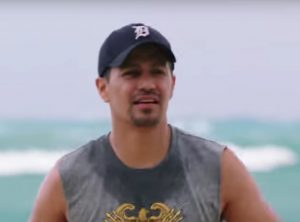 I have mixed feelings. The show looks right. The helicopter, the estate, the dogs, the Detroit Tigers, the French Cross rings, references to Robin Masters, the camaraderie and the cars are all there. The first episode seems to also emulate the first from the 80’s — Magnum attempting to solve the death of a close friend — but still the sting of not seeing Tom Selleck is there. I don’t envy Jay Hernandez one bit. Good luck, man. But where is the moustache?

Here it is. Tell me what you think.