The first line of any story is the most important sentence you’ll write.

The first page of the story is the most important page you’ll write.

The first chapter of the story is the most important chapter you’ll write.

I can’t overstate the importance of these three points. Often in this business you’ll hear aspiring writers say, “Wait until you get to page thirty! It gets so good!” The thing they neglect — and this is important — is that by the time the editor, agent, or intern (yes, sometimes the people you submitted your book to aren’t even reading it) gets to the end of page one or two, they’ve already made up their minds. Because of this, we have to make sure that the first line and first page are utterly captivating. You have to lay out the story and dilemma right from the start, get the reader’s attention, and never look back.

Let’s check out five of the best first lines ever written. Keep in mind that these are filtered through my mind, and through nearly fifty years of enjoying stories of all types. But my particular tastes are distinctive to me, and so are the lines I’ve picked. My genres are Science Fiction, Mystery, Horror, Thriller. Someone else might read these lines, shrug, and think nothing else of them. But if you’re into these genres and you’re hoping for a book of the type these signify, then these are something else. 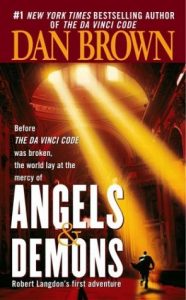 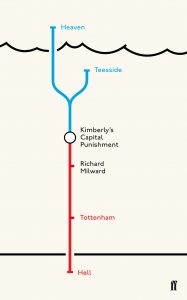 2. “I found the eyeball fifteen minutes before I found the rest of him.” — Richard Milward, KIMBERLY’S CAPITAL PUNISHMENT (2012) 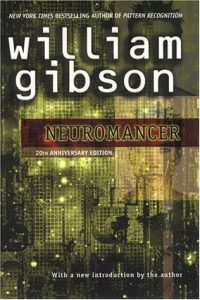 3. “The sky above the port was the color of a television, tuned to a dead channel.” — William Gibson, NEUROMANCER (1984) 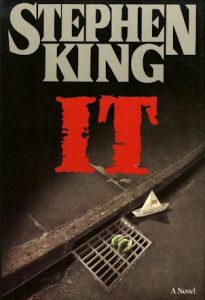 4. “The terror, which would not end for another twenty-eight years – if it ever did end – began, so far as I know or can tell, with a boat made from a sheet of newspaper floating down a gutter swollen with rain.” — Stephen King, IT (1986) 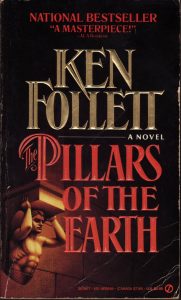 Notice a trend there?

Yeah, I do too. My genres. I like a dark and twisted turn to my stories. I like the thread of a good mystery in there, and I enjoy the notion that something is coming that’s going to give me a restless night. I want to experience the thrill of the plot with the protagonist as he or she tries to uncover the mystery, survive countless dangers, and escape death by the slimmest of margins. And most important — I want to keep thinking about it for weeks/months/years later.

Each of those lines above has an element within that signifies something mysterious and sinister. Follet’s masterpiece took place in a decidedly savage period in our history. Yes, there were happy people and there were good times, but mediaeval England/Europe was also notable for torture, public executions, extreme poverty, poor sanitation, and bizarre (and painful) healing practices.

The other lines I’ve picked showcase burning flesh, three decades of terror, a grisly murder, and a technological dystopia signified by static on a (dead) television screen. 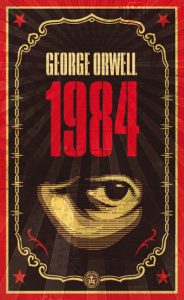 Here’s a line that nearly made my list, from George Orwell’s 1984:

“It was a bright day in April, and the clocks were striking thirteen.”

Why did he write thirteen?  There are a few explanations.  First, it just doesn’t happen.  Clocks that ring don’t do so more than twelve times.  This indicates that something is wrong, and that everything else that occurred before should be in dispute or questioned. It signifies a society that is struggling or perhaps in survival mode.  The second reason is the more obvious one:  the number thirteen signifies bad luck.  Another might be that there’s no way all the clocks should be striking thirteen at the same time.  It couldn’t be happening, therefore something is terribly wrong.  Yet another reason is perhaps the most significant, considering Orwell wrote the novel in 1948.  In 1942, Adolf Hitler said, “I make it a principle not to stop until the clock strikes thirteen.” This is a particularly disturbing connection to a clock striking thirteen.  As a result, Orwell set the tone of unease, disquiet, and foreboding right from the very beginning. 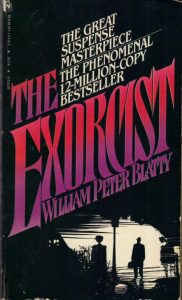 One of the watershed books I read while growing up was William Peter Blatty’s THE EXORCIST (1971.) It made a tremendous impact on me. I was twelve when I read it. Its first line:

“Like the brief doomed flare of exploding suns that registers dimly on blind men’s eyes, the beginning of the horror passed almost unnoticed; in the shriek of what followed, in fact, was forgotten and perhaps not connected to the horror at all.”

If horror is what you’re looking for, Blatty is basically screaming at the reader — You’ve come to the right place! And boy, was he right.

I had nightmares for years.

If you’re an aspiring writer, look at that first line in your stories. Why did you write it? Why did you choose the words for it? What mood have you established? What mystery exists? What hardships are the characters going to experience in the next hundred thousand words?

It’s a challenging skill to develop.  Go look at your favorite novels and read the first lines of each.  Why did they resonate with you?

Good luck!  And keep on writing!