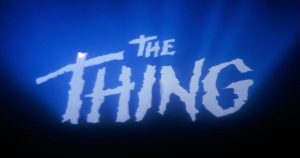 But why is this theme so popular in Science Fiction?  And why did THE THING leave such a profound mark on me?

In 1938 the Imposter theme made its first appearance in Science Fiction.  The work was Who Goes There? by John W. Campbell Jr.  Other authors advanced the premise over the next several decades, increasing its popularity immeasurably.  Robert A. Heinlein’s The Puppet Masters (1951) and Jack Finney’s The Body Snatchers (1955), along with Campbell’s novella, are the most well-known literary iterations of the theme.  Since then it has appeared on both the silver and the small screen, in shows such as Star Trek (both The Next Generation and Deep Space Nine), The X-Files, and the short-lived Invasion just to name a few.   There have been three movie versions of Campbell’s novella, one of Heinlein’s novel, and a whopping four big screen versions of Finney’s, the most recent being The Invasion starring Nicole Kidman and Daniel Craig. 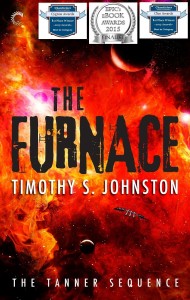 eflect on this theme, wondering why I was so driven to tell a story that embraced the idea that there could be intruders close to us masquerading as people we knew.  I’ve read Finney’s book multiple times.  I’ve watched every movie mentioned above.  The 1978 take on Finney’s novel, starring Donald Sutherland and Leonard Nimoy, is one of my favorites.  Even poorly made versions of the premise keep me riveted and wanting more.

But why is the theme so popular with fans of Science Fiction?

Read my full essay on the Imposter Theme, the books and movies that have contributed to it, and how my own self-esteem played a part in the theme HERE.

2 comments for “TSJ on the Imposter Theme in Science Fiction”