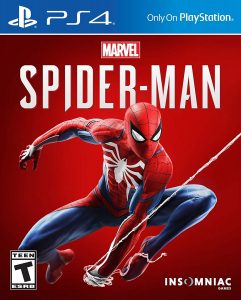 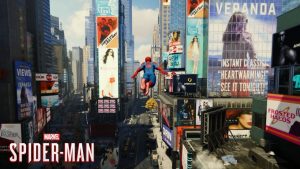 To be blunt, I don’t know how they programmed it. They created the entire NYC Borough of Manhattan. Every street, every building, every park. You can go to any building and look inside through the windows. You can land on the street and interact with the citizens walking about. There are countless side missions, from armored car hijackings to robberies to muggings. I stuck to the main story, and was floored by how absorbing it was. When I started the game, I wondered who the villain would be. Doctor Octopus perhaps? The Green Goblin? Well, there are no less than ten “starring” villains in this game: 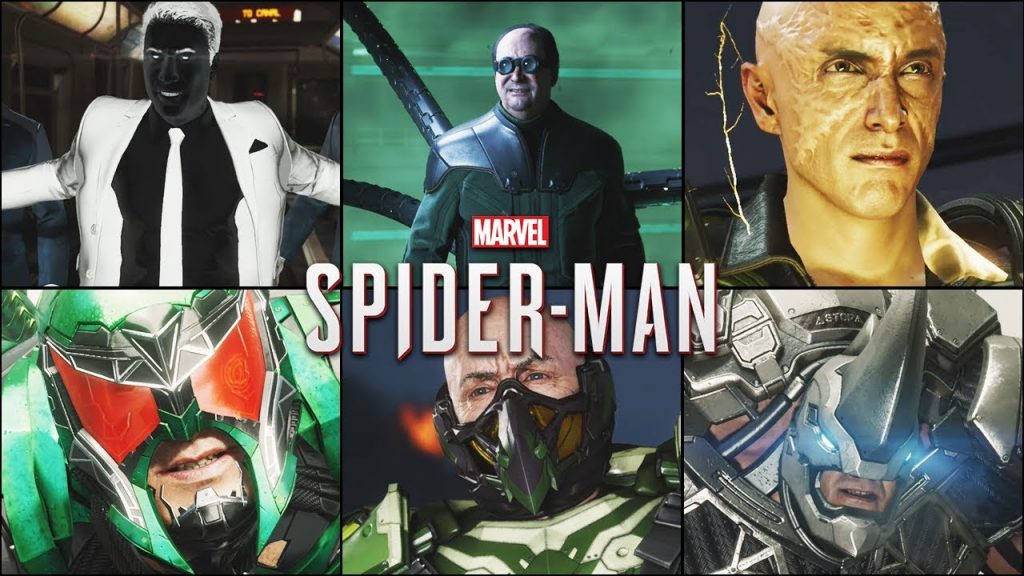 And this list doesn’t include the countless henchmen, escaped prisoners, “brutes,” and mercenary (private) police officers.

The number of villains and bosses astonished me. The mechanics are from a third person perspective. Web swinging through the city is incredible, and the combat is magnificent. It’s like watching and controlling an animated film. SPIDER-MAN on PS4 is a wonderful immersive game, very involving, with a powerful emotional arc for Peter Parker. His quips and comments are funny and frequent, and are just like the old animated TV show from the 1970’s. The programmers nailed it! There is also a heart-warming and extremely satisfying cameo. 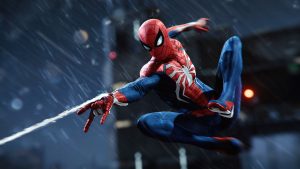 – The story is intricate, with several threads coexisting simultaneously. You move from one to the other, and eventually they do coalesce into one main arc.
– The city is astonishing. You could just swing around Manhattan, exploring for hours.
– There are numerous side quests and other stories in which you can take part.
– Spider-man’s animation and combat is brilliant. The cutscene animation is fantastic. Sometimes the action switches seamlessly to a cutscene, then back again to player control.
– Most threads are resolved; some are left for an obvious compelling sequel.
– Sometimes you control other players than Peter Parker: Mary Jane and Miles Morales. These segments involve evasion and stealth to accomplish goals. I really enjoyed this aspect of the game. 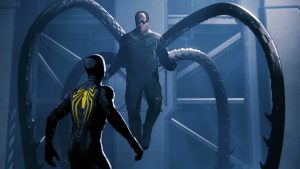 (The below are all strictly personal preference.  There really are no flaws to this game.)

-This might sound weird, but there is too much combat. You begin with a massive battle versus Fisk’s army with absolutely no training or tutorials (at least, I didn’t see any). In this way it was a frustrating way to start. I died many times at the beginning, not knowing how best to engage the enemy. I would have preferred more puzzles or problems to solve rather than constant battles.
– The game is almost too long. A quick search online tells me that the average time was 20 hours. My game was likely longer. Add into it countless deaths, and I probably played for 30 hours or more, and I didn’t even try any side missions.
– I had to lower the difficulty level so I could just finish the game. Some of the bosses were very difficult, and I had to search online to find ways to defeat them. I appreciate the amount of programming and story in the game, but probably about 15 hours or less is a better game length for me. This is just personal preference though.
– Often there are just too many enemies! Henchmen, escaped prisoners, mercenary cops, criminals, etc. There are so many battles, so much fighting, that (for me) some sequences became tedious.

Overall the game is just incredible. I highly recommend SPIDER-MAN for the PS4. Kudos to the programmers, writers, producers, the voice actors and animators. It’s a wonderful achievement and they nailed the Peter Parker character.

“One very riveting, intelligent read!” — Readers’ Favorite
“If you like novels like The Hunt for Red October and Red Storm Rising,
you will certainly enjoy The War Beneath.” — A Thrill A Week
“If you’re here for thrills, the book will deliver.” — The Cambridge Geek
“This is a tense, gripping science fiction/thriller of which Tom Clancy might well be proud . . .
When I say it is gripping, that is the simple truth.” — Ardath Mayhar
“… a thrill ride from beginning to end …” — SF Crowsnest
“… if you like Clancy and le Carré with a hint of Forsyth thrown in,
you’ll love The War Beneath.” — Colonel Jonathan P. Brazee (RET),
2017 Nebula Award & 2018 Dragon Award Finalist