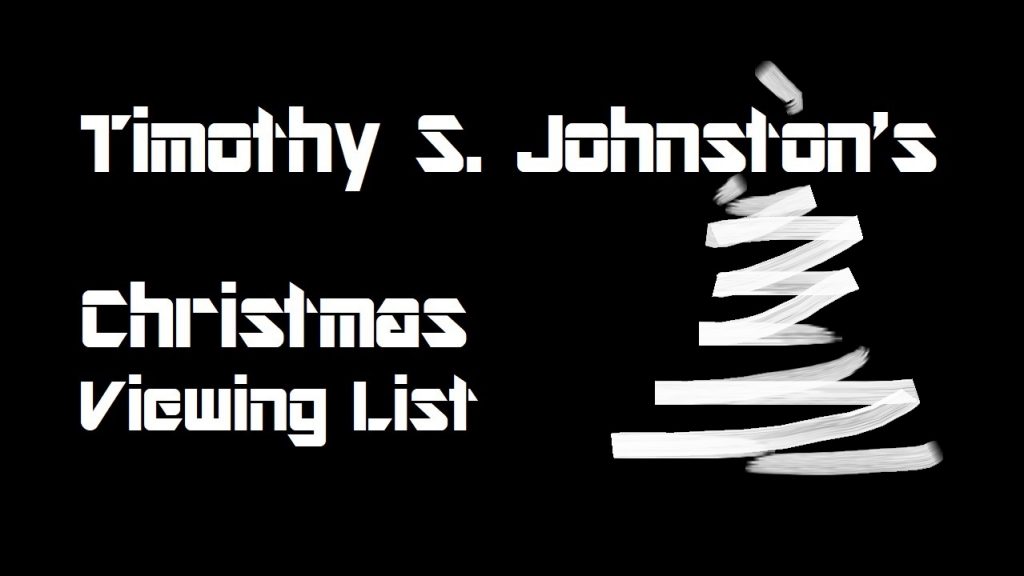 This list is likely to change from year to year, so take it with a grain of salt. But if you’re looking for a more grown up slant to your Christmas holiday season, try one or more of these films. More often than not, Christmas movies are comedies or feel-good romances. These movies are not that, but they’ll leave you wanting more, without much question, and will help get you ready for the magical day. I’ve listed them (sort of) in order, though it’s a challenge. The final one on the list is definitely my favorite, and the one I reserve for December 23 each year (It’s a Wonderful Life is for December 24, our family film.)

There are some cheesy elements in this film. Krampus — a goat-like creature who rips people up the chimney in this movie — is from old European folklore. The creature punishes misbehaving children. (So Santa providing positive reinforcement for good behavior wasn’t enough, I guess?) But I have to give it to the filmmakers — they hired talent for the movie (Toni Collette) and the blizzard scenes are the best ever put on film. This is something hard to create and not look fake, and this snow storm looks menacing AND real. The lighting is just extraordinary. It truly looks like someone could die after only a few minutes outside, which gives the movie a great feeling of claustrophobia and menace. Give this one a shot, if only for the storm. Watch on a big screen late at night, when it’s cold and snowy outside … the environment in this film is PERFECT, and the ending is so dark. 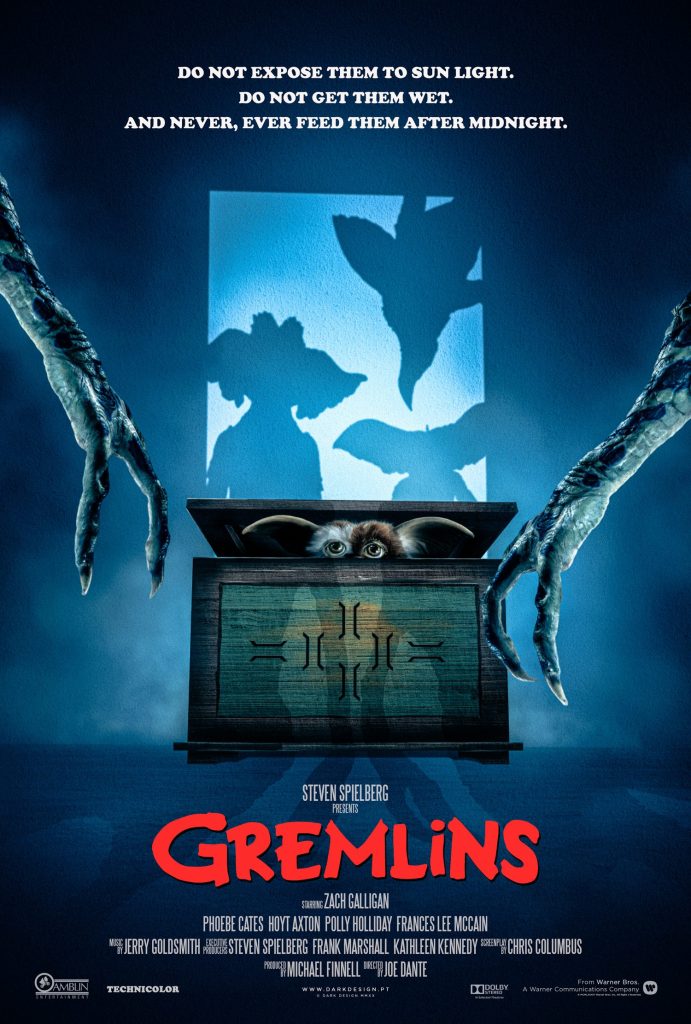 It’s more adult than people remember. The Gremlins are vicious. They even murder the science teacher, in his classroom, and it is too scary for children to watch. Many parents attempt to show it but abandon the effort because things get dark really fast. (I know this for a fact, because I was one of the ones who tried to show my kids, many years ago.) Chris Columbus actually wrote it to be much darker: the original script included scenes where the Gremlins ate the dog and decapitated the mom! Despite the darkness, it’s a magical film with a strong Spielberg influence (he purchased the script and produced, and it was the fourth Amblin film, and the first with the very recognizable logo) and features strong performances by Zach Galligan and Phoebe Cates. Director Joe Dante was firing on all cylinders when he made this one. He originally intended it to be a full-on horror film for adults, however things changed during production, but many elements of those intentions remain. In fact, some attribute it to being one of the reasons the MPAA created the PG-13 rating in the US (along with The Temple of Doom). A great film. 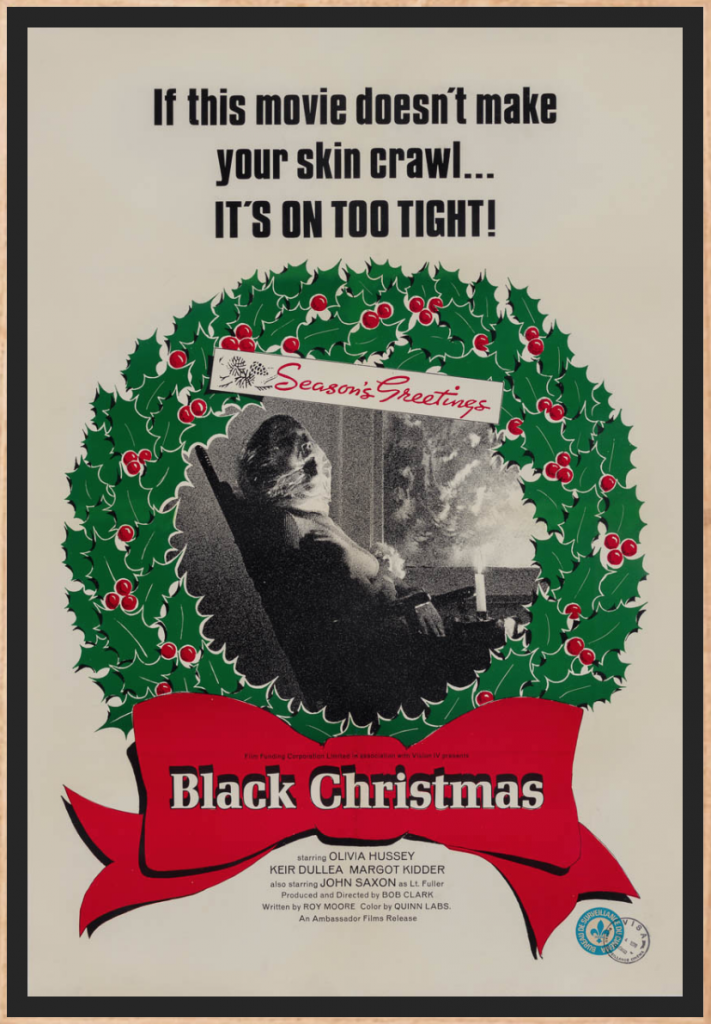 A watershed horror film, directed by Canadian Bob Clark (also responsible for A Christmas Story!) and one of the progenitors of the “slasher” genre of the late 70s and 1980s. (The other film would be Carpenter’s Halloween.) This is a good mystery, featuring a serial killer prowling the quiet residences of a university during Christmas, and a student forced to stay on campus because she has nowhere to go during the holidays. The final few minutes are riveting; the message from the police dispatcher is iconic in horror history, and terrifying for anyone at home alone when the phone keeps ringing. Nowadays the concept of a “landline” is more alien to teens, but at the time the idea terrified audiences. This film is a fantastic entry in horror, and also a very scary Christmas movie. 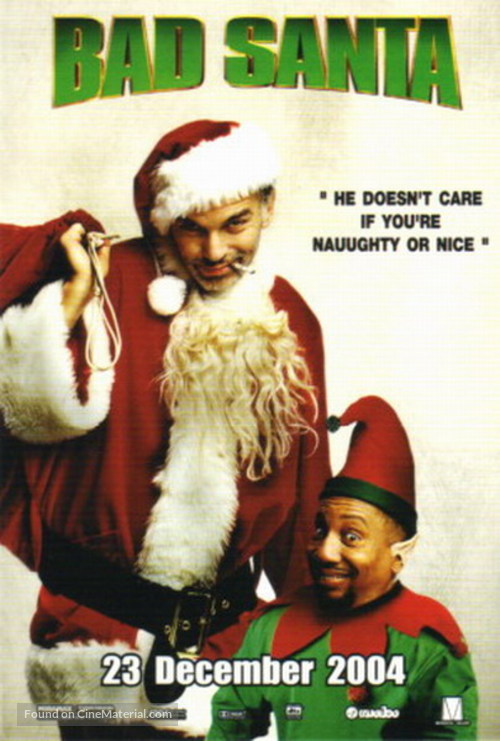 Just plain funny. The setup — a shopping mall Santa and his partner planning a caper — is the framework for an outstanding performance by Billy Bob Thornton. He plays a down and out loser — drunk and suicidal — who finds meaning in life and a reason to continue. It’s a gem of a film and  a counterpunch to the charm and innocence of the holiday season. It is laugh-out-loud funny. This movie and the number one movie on my list (below) make for an amazing double feature. 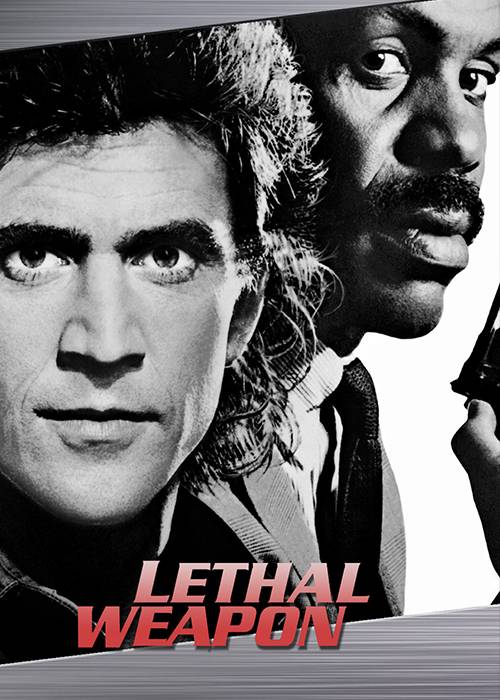 Less a Christmas movie than an action film, it features a tour de force performance from Mel Gibson and followed his earlier iconic performances in Mad Max 1-3, Gallipoli, and The Year of Living Dangerously. It takes place at Christmas, and Gibson’s Martin Riggs is suicidal following his wife’s death a few years earlier. The loneliness haunts him, and his new partner, Murtaugh, due to retire in only a week, brings a sense of belonging and family to this struggling man. The Christmas theme is definitely here, although I admit you could remove Christmas and still have an equally excellent film. Nevertheless, it’s great to watch during the holidays, and it’s nice to mix the comedies with action films like Lethal Weapon. (I wrote about Lethal Weapon earlier, when I wondered where the character-driven action movie had gone.) 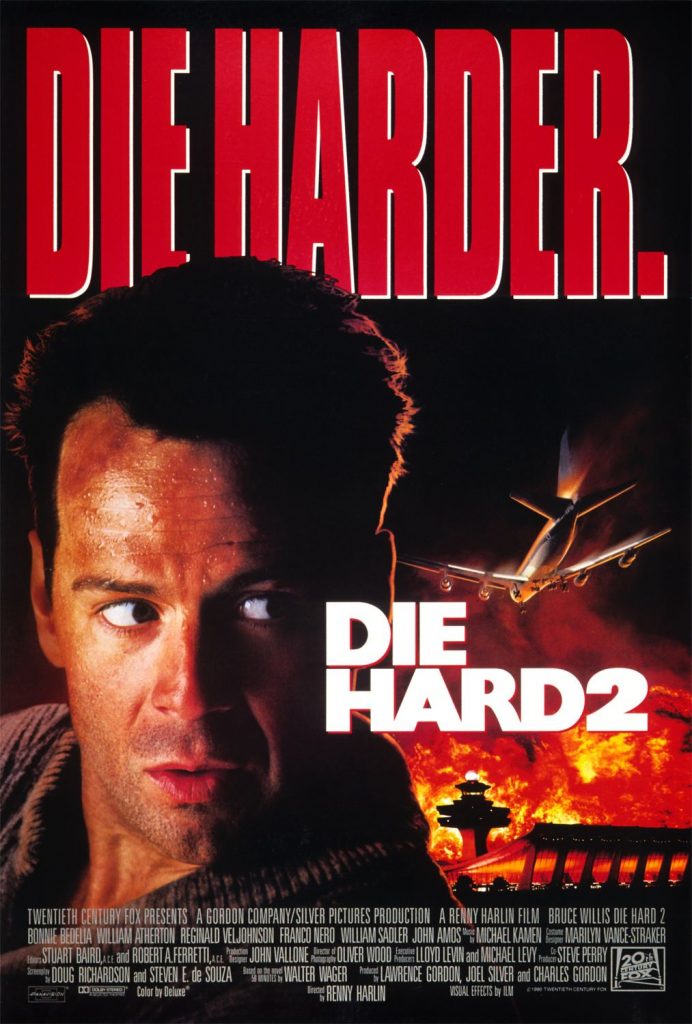 This is a solid sequel with humor, action, and a strong Christmas theme of family and reunion. Admittedly, however, it’s less Christmas than action. There’s a new villain — Colonel Stuart — played by William Sadler, which must have been a daunting job. Imagine trying to follow Alan Rickman’s villain in the previous film! It also features another meddling/incompetent cop (and his cousin), and also familiar faces like John Amos (Good Times) and the late US Senator Fred Thompson (The Hunt for Red October). The action sequences are wonderful and the wintry setting is perfect for the holidays. I distinctly remember Roger Ebert and Gene Siskel raving about this film on their review show; they were effusive in their praise and thanked the movie makers, including Renny Harlin, whose previous credit was A Nightmare on Elm Street 4. It’s one of the better sequels out there, which I wrote about here. 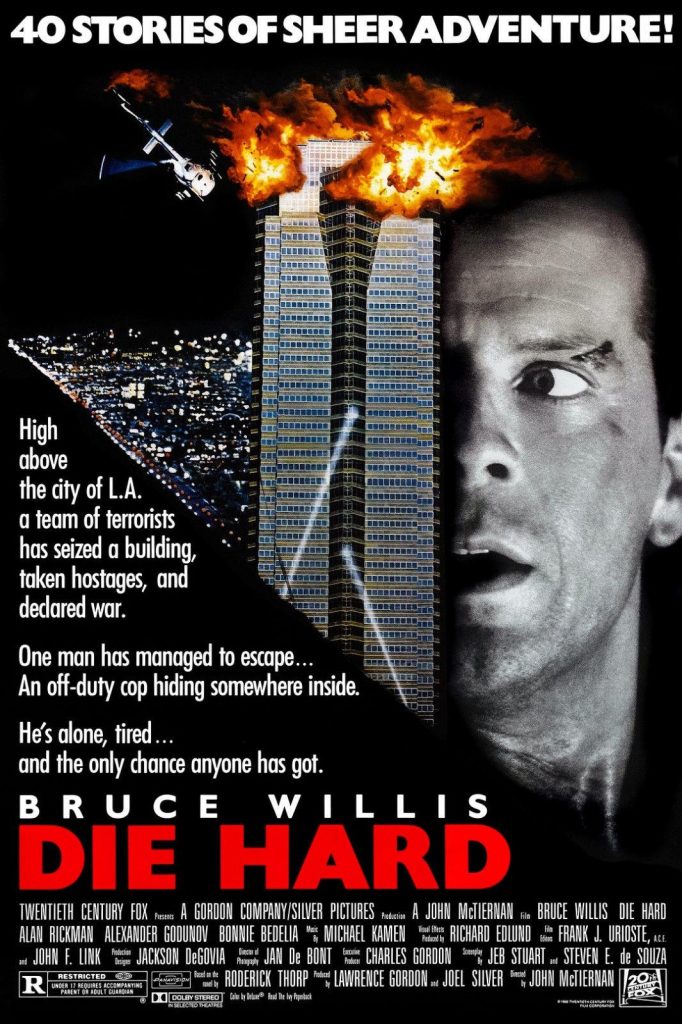 This is 100% a Christmas movie and it’s Number One by a mile. People object simply because they like to argue or they are contrarians.

I have written the most comprehensive essay on the topic of Die Hard as a Christmas movie anywhere on the web.  Find it here.

This is one of the best action films ever made, it is one of John McTiernan’s perfect trifecta of films (the others being Predator and The Hunt for Red October, which I wrote about here), it is Bruce Willis’s best performance, and it is most definitely my favorite Christmas movie. The thing that makes it great, other than the above points, is that McClane was a flawed hero terrified he might die at any moment. It was also laugh out loud funny. This movie was an incredible achievement by all involved, which makes its production so interesting (if you watch The Movies that Made Us on Netflix, you will see how things almost didn’t come together.) The Christmas themes make the magic, and by the end the audience is collectively grinning from ear to ear. (I should know; I originally saw it in the theaters, and audiences did, indeed, love it.) The villain, Hans Gruber, is iconic, thanks to Alan Rickman, (he is of the “likeable bad guy” variety, which is so hard to pull off) and the story of how Rickman landed in Los Angeles and nailed his audition on his first day there just makes the story even better. (Rickman obviously went on to a massive career in film, including the Harry Potter series, and even ended up in another Christmas classic, Love Actually.)

This is the best Christmas movie ever, full stop. If anyone disagrees with you, just tell them Timothy S. Johnston believes it, and that’s the final word on the subject. Yippee-Ki-Yay.

Watch An Island of Light Book Trailer BELOW!