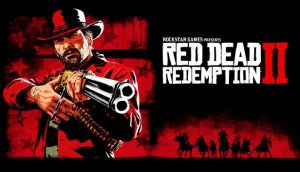 TSJ Reviews RED DEAD REDEMPTION 2
​
Game: Red Dead Redemption 2​
Studio: Rockstar Games​
Platform: PS4 (also available for XBox One and PC)​
Budget: 80-100 million dollars​ (est.)
Opening Weekend Gross: 725 million dollars​*
​
​Over the holidays I started up READ DEAD REDEMPTION 2 on my PS4, hoping to get some much-needed rest and relaxation. What I didn’t anticipate was nearly 70 hours of gripping and immersive adventure that kept me on the edge of my seat, tense and anxious, for roughly eight days, and didn’t provide any relief from the stress of my past few months. When I was away from the game, I couldn’t help but think about it. While I was playing it, I couldn’t move through the missions fast enough. It was a totally addictive and emotional experience, a true rollercoaster ride in every sense of the word, and often I stared at the screen, gobsmacked at the level of storytelling and the experiential nature of the plot. When I finally finished and watched the entire credit sequence, the next thing I wanted to do was start it up and do it all over again.​
​
And I think I might just do it.​
​
This is a truly exceptional game, a 10/10 magical journey, that I would place at the top of my “Best of” list, right next to ALIEN: ISOLATION and THE LAST OF US.​
​ 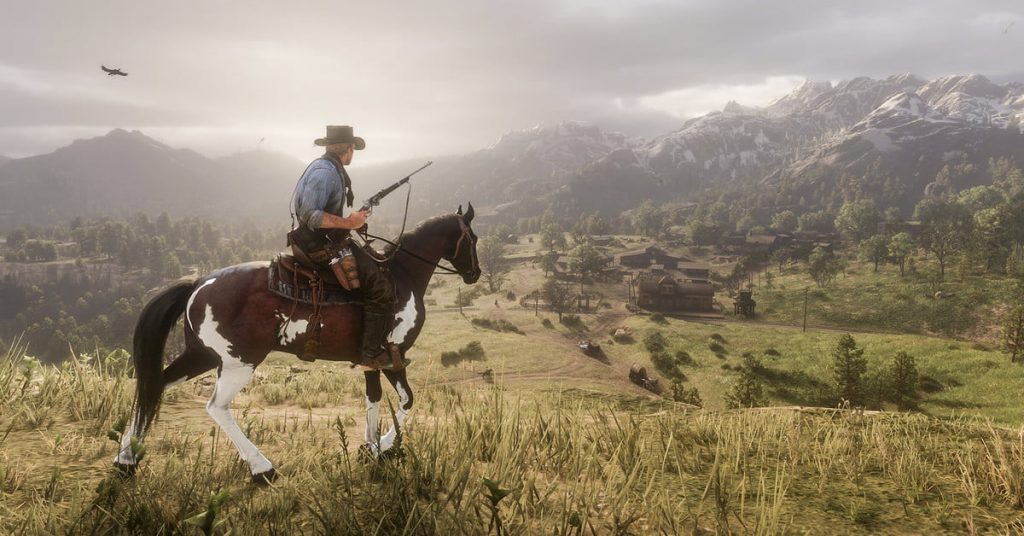 The year is 1899. The “Wild West” is dying as the US Government and the law filter through the American Midwest and South, stamping out the lawless and habitual criminals so common to small towns and farming communities in the frontier states of the time. Natives are under extreme pressure as treaties are broken and the military continues to push westward, and people struggle to eke out a living in the rough New World. The setting is largely fictional, with different names (such as Saint Denis, masquerading as New Orleans) but the locations are incredibly realistic for the time and place.

The world is fascinating, populated by game-controlled NPC’s like farmers, travelers, pedestrians, bounty hunters, saloon-patrons, shop workers, and more. So much more. This is a simulated reality, complete with wildlife and vegetation and geology that you can explore. It’s an open world, and players are free to live in any manner they like, do what they want, interact with anyone in any way they want, assist strangers in trouble, and struggle to survive in the dying Wild West. OR, you can choose to follow the main story, embark on game missions, and work your way through the immense campaign consisting of six chapters and two (long) epilogues.​
​ 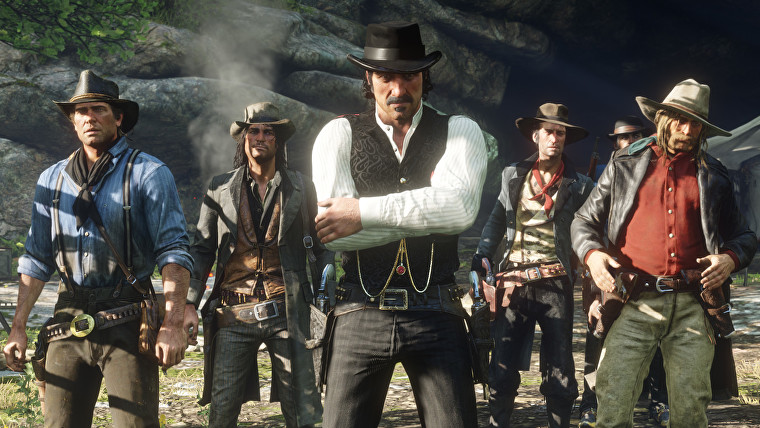 I really have no idea how Rockstar Games achieved this. I mentioned something like that in my review of SPIDER-MAN (by Insomniac Games) for the PS4: programmers had created a fully functioning Manhattan, and you could go anywhere and interact with anyone in the city. This is a similar experience, but this game is far more emotional and compelling. I never felt bored. I never wanted to step away. I only wanted to live the protagonist’s journey (Arthur Morgan) to uncover his fate. In fact, the game designers have really done something special with Arthur. He’s an outlaw. Sometimes he has to break the law, rob trains, rob stagecoaches, kill other bad people and so on, but you soon develop a bond with him and eventually see him as a man struggling with his conscience and just trying to survive in a noble and meaningful way. It’s a masterful achievement. I’ve read that two thousand people worked on RDR2, and it definitely shows. The credits took roughly 30 minutes to get through, but I couldn’t even tear myself away during them because of the cutscenes showing what becomes of the other characters in the story. Highlight text for credit spoilers —> (The final images set up Red Dead Redemption 1, which I’m going to have to get, and the very last cutscene is of the native chief, Rains Fall, staring at a vista and an eagle flying free. You can feel his rage and sadness at what has happened to his people.)​ <— Highlight text for credit spoilers.
​ 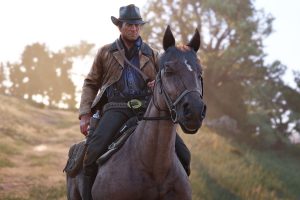 Frankly, the experience has amazed me. I’m floored at the achievement. Kudos to everyone involved. I can’t wait for more … and I’m obviously going to have to pick up RDR1 now.​
​
TSJ’s Rating of RDR2: 10/10​
​​
* This is the highest grossing weekend of any entertainment property, ever.

“Reading The Savage Deeps is like watching a movie … mesmerizing … Torpedos, mines, imploded subs, and bodies litter the ocean floor … Johnston is an author skilled in bringing life to his characters through dialogue, engaging readers’ emotions by their behaviors and thinking, and creating brilliant settings, all of which play out like scenes in a movie.” — Five Stars from Readers’ Favorite

← The First Review of TSJ’s The Savage Deeps!
TSJ’s THE SAVAGE DEEPS Shortlisted for Two Awards →