An Island of Light Cover Reveal!

AN ISLAND OF LIGHT Cover Reveal!

Here it is, at long last!  The cover for An Island of Light! 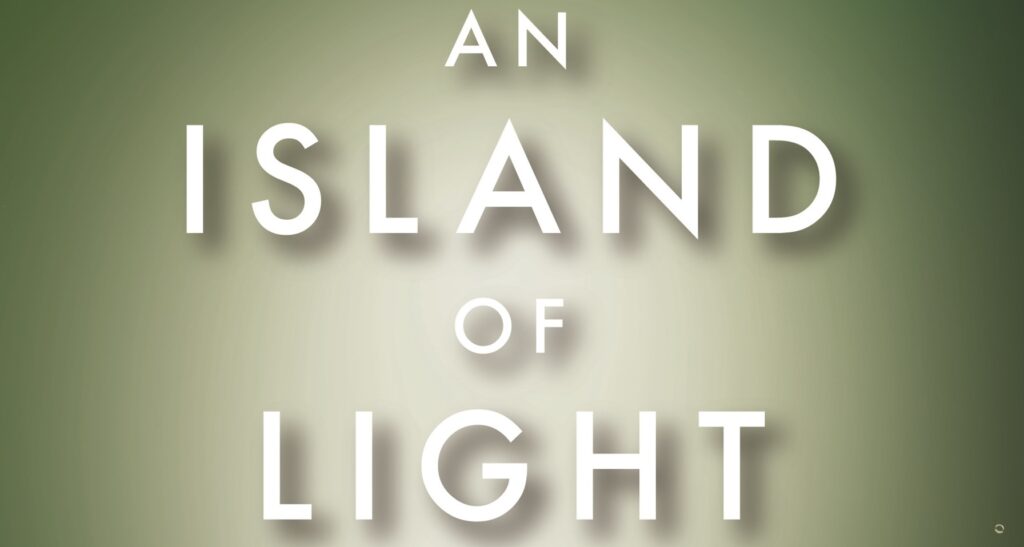 Many thanks to Fitzhenry & Whiteside and Ken Geniza, the designer. This is my favorite of the four covers so far.

It fits perfectly into the series, and the images tie directly into the book’s events.  The two torpedoes are a key part in the “impossible new” weapon described on the Jacket Copy, and the explosion at the top (and spine) is part of the title’s dual meaning.

The problem isn’t hiding the body and cleaning the blood — that part’s easy. The real problem is the identity of the Admiral’s killer: Meg McClusky, Truman “Mac” McClusky’s twin sister. She stabbed USSF Admiral Taurus T. Benning in the chest and neck, murdering the man who killed their father all those years ago.

Soon the USSF sends a tenacious investigator to the underwater city of Trieste, and what started as an act of revenge without planning quickly snowballs into a deadly game of cat and mouse in the underwater colonies. Mac, the city’s mayor, has been waging war against the world’s underwater superpowers, and the last thing he and his team needs is the United States Submarine Fleet at Trieste and yet another vicious occupation.

But within days, despite Mac’s best efforts to protect Meg, the investigator takes her away for torture and interrogation.

To further complicate things, the USSF has occupied the nearby underwater colony of Seascape, and is quickly relocating the bulk of their warsub fleet there to keep watch over the anxious Gulf population — a population increasingly calling for independence.

Mac must pull the trigger on his greatest feat ever if he’s going to achieve peace and independence for his city: He must launch a desperate rescue mission to bring back his sister, pull more underwater cities into his alliance, remove the USSF from Seascape, and work with a brilliant addition to his team to create an impossible new bomb.

And the clock is ticking, for if he can’t pull it off, then his underwater independence movement will end, and tyrants win.

He’ll do anything to stop that — even if it means his own death.

But fate is at work here … a fate that Mac can’t seem to avoid, no matter how hard he tries.

The book is on sale now, and will start shipping any day.  Stay tuned for a big announcement!  WATCH THIS SPACE!

Don’t let the pressure get to you!

← Fatal Depth in Two Award Competitions
The Trailer for An Island of Light is Here! →