The city is Harran, the site of a viral infection. The fictional city (seemingly eastern European, perhaps Balkan, or in Turkey?) consists of slums, towers, sewers, greenspaces, cliffs, marine villages, and more. The graphics are beautiful (at least on my X-Box) and in particular, the lighting as the sun sets and night blankets the dangerous urban maze is a thing of beauty. The only element detracting from the visuals is the difficulty of survival. Often you have little time to look around. If you do, you die, especially if you make noise. Stealth is important in this game, at least in the beginning. 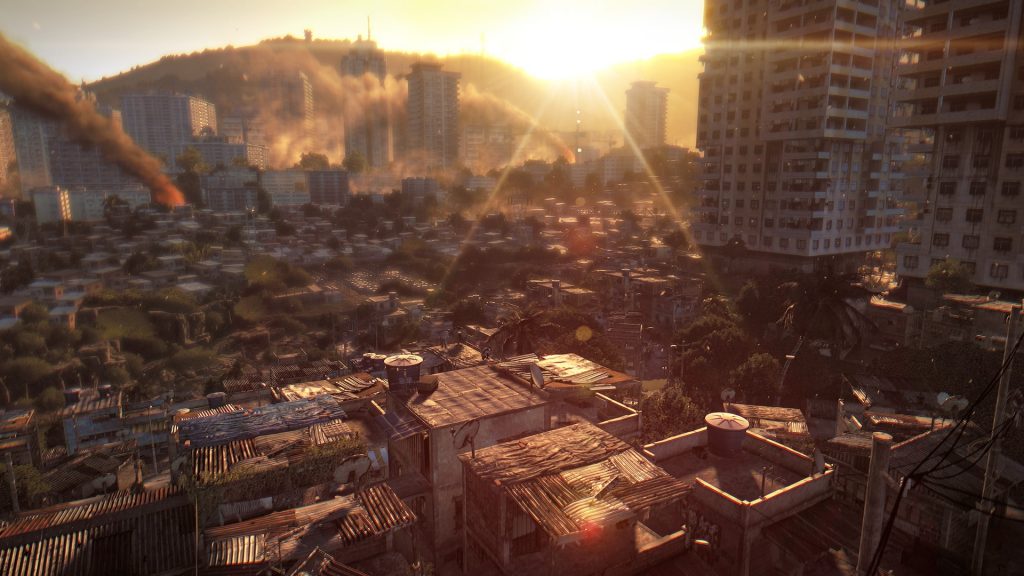 The sewers are interesting and many situations have you leaping from catwalk to pipe and elevated platform. Certain death waits below. The buildings hold more surprises, and in order to proceed, one must scavenge for goods to craft weapons, medkits, tools, and more. Some enemies are so challenging that I realize I may have simply not done an effective job of crafting. It’s one of the game aspects I didn’t appreciate as much. I am not so hardcore that I want to spend a lot of time searching for goods to build better weapons. I want to advance the story, not loot for rare herbs and weapon components. 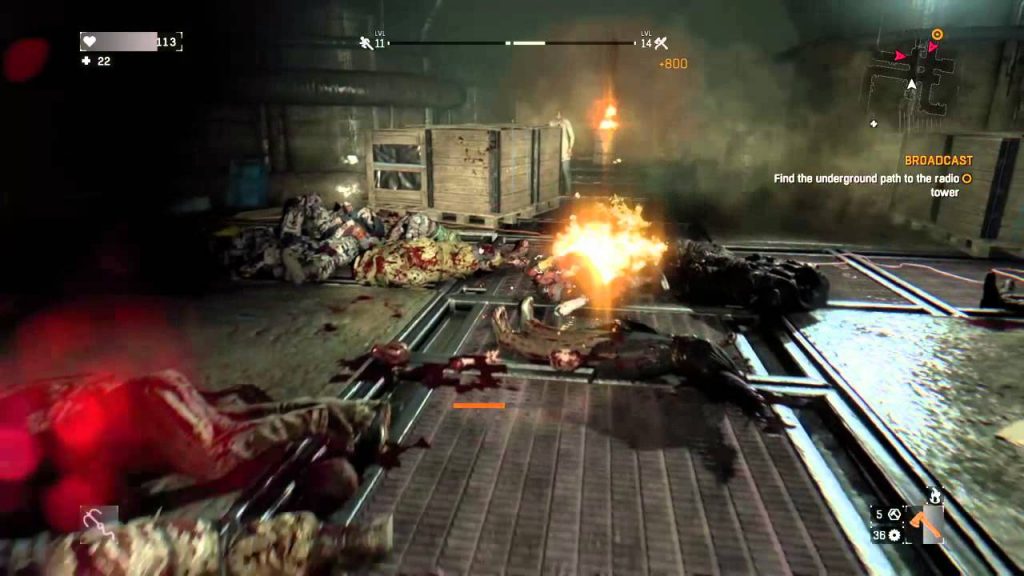 I played Dying Light on the X-Box Series X. The designers created the world so the player can navigate streets and greenspaces, though I don’t recommend this. If you do, you risk rampaging zombies and other creatures overwhelming you. They are out for blood, especially at night, and you are easy prey in the beginning. The other option is parkour. You can run across objects, jump from roof to roof, run across electrical wires, awnings, light posts, balconies, railroad tracks and trestles, and more. You can climb buildings, structures, towers, antennas. It is a well-designed and intricate world. You can also leap off zombies and effectively run across a horde by jumping from head to head. Once your skill level is high enough, this can be quite entertaining. As the game progresses, your character evolves and grows more adept at parkour. The process becomes so immersive that when your character falls from a great height, you really sense it. Get ready to feel your stomach lift into your throat. Your heart will pound and your blood pressure will skyrocket. It’s a lot of fun. 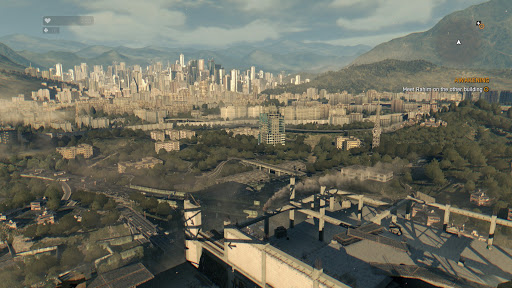 The drawback is that the controls are not intuitive and this takes some getting used to. (RB to jump???)

Note: There is a cooperative mode for the player to join with others (online) to finish tasks and explore the city. I played single player to complete the story, so I cannot comment on this gameplay option.

The protagonist is Kyle Crane, an operative sent into the infected city of Harran to retrieve valuable information about the infection. Warlords run the place, and of course Crane encounters difficulty not just with the infected, but with the criminal elements there as well. As the story progresses, Crane realizes that not is all as it seems. There might be a cure … there might be betrayals … there might be an underhanded element to everyone’s actions. There is a romance hinted at as well, though the narrative does not fully develop this. As far as the story goes, it is fairly basic and character development is limited. This is no Last of Us or Red Dead Redemption 2. However, the parkour is fun and once invested in the game, it does prompt a desire to finish it to see what happens. 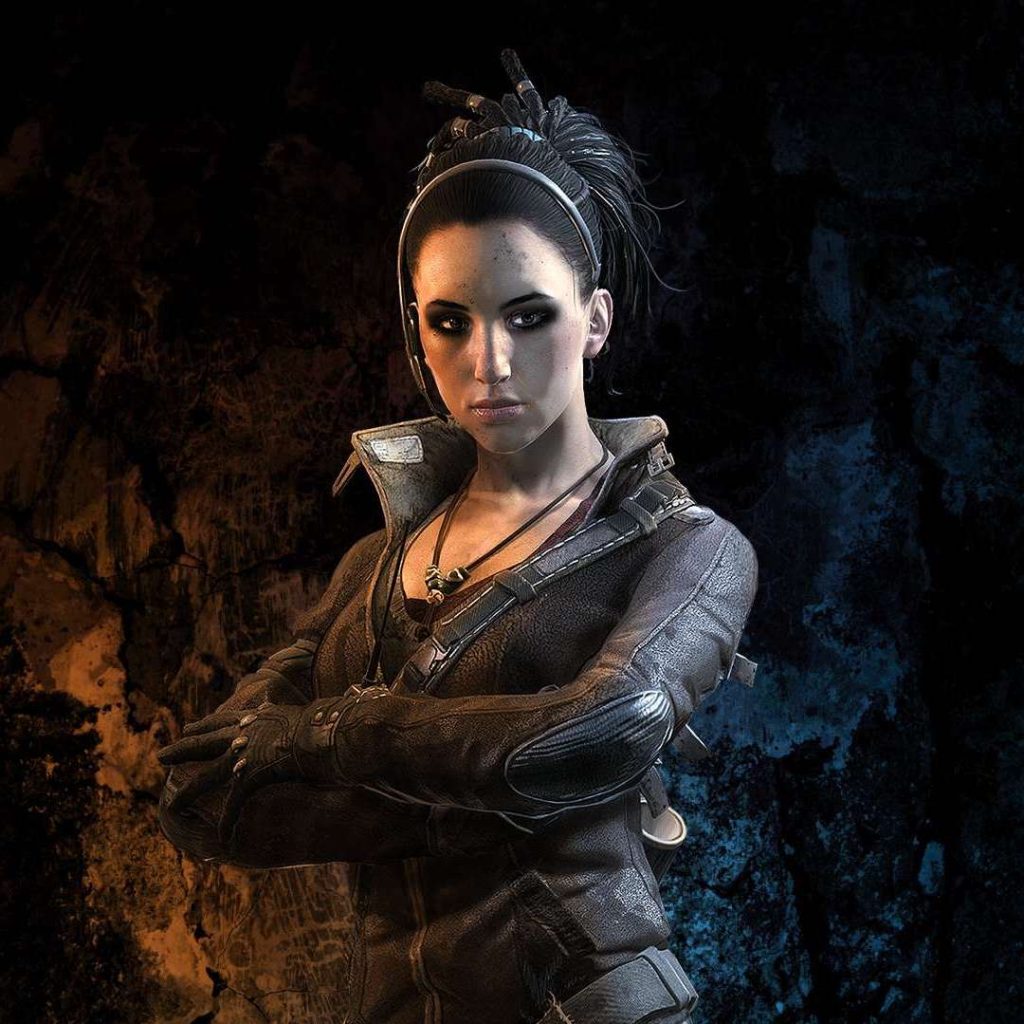 This is the most difficult game I’ve ever played. The zombies take a ton of damage before dying. The bosses are just brutal. The one saving grace is that when your character dies and respawns, the damage you’ve already inflicted on the boss at hand remains. If it didn’t, I’d probably have given up on this game. I nearly did, in the beginning. Before I’d evolved some skills, navigating the city was extremely challenging. But finally I got a hold of parkour, the game mechanics, some advanced skills for my character, and it became more fun. But in the beginning, even scaling an antenna was a challenge. The melee weapons also lose their effectiveness after a while. Try fighting a boss with a weapon that has lost its impact. This is highly frustrating (Tahir!) and the game seemed designed that way. This grows wearisome, especially after twenty respawns. 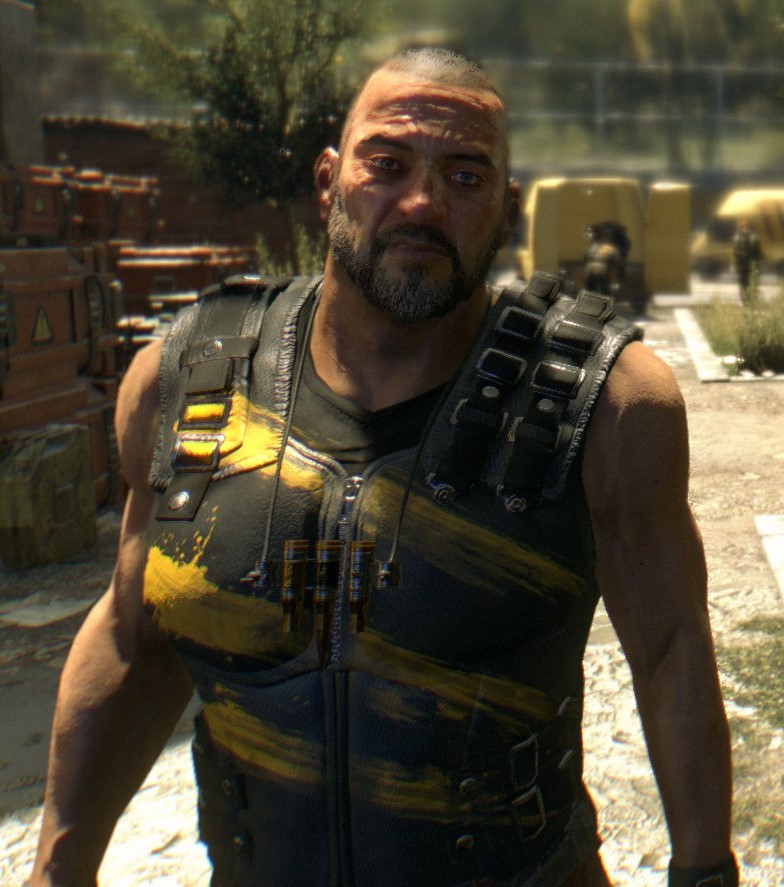 Tahir, the most frustrating boss 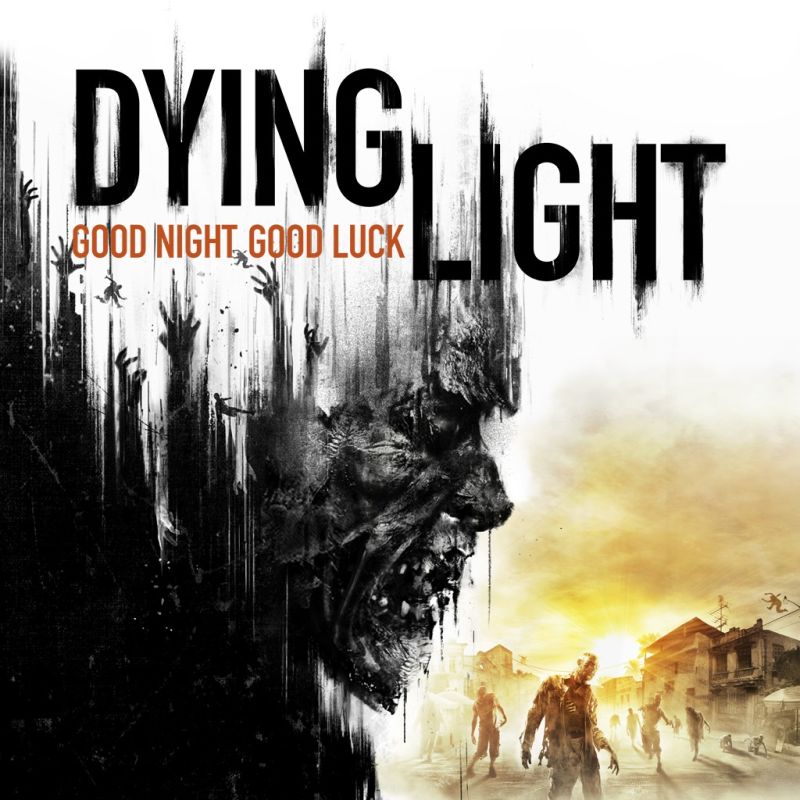 The story is satisfactory, the setting is wonderful, the graphics are undeniably beautiful. There isn’t a great deal of emotion here, but other games (Red Dead Redemption 2, Last of Us) are expanding the boundaries of this type of storytelling, possibly hurting other games in the process. I look forward to what Dying Light 2 has to offer.

Other Game Reviews by TSJ

Red Dead Redemption 2
Alien Isolation
The Last of Us
The Last of Us 2
The Evil Within
Call of Duty: Cold War
The Walking Dead (Telltale Games) and The Final Season