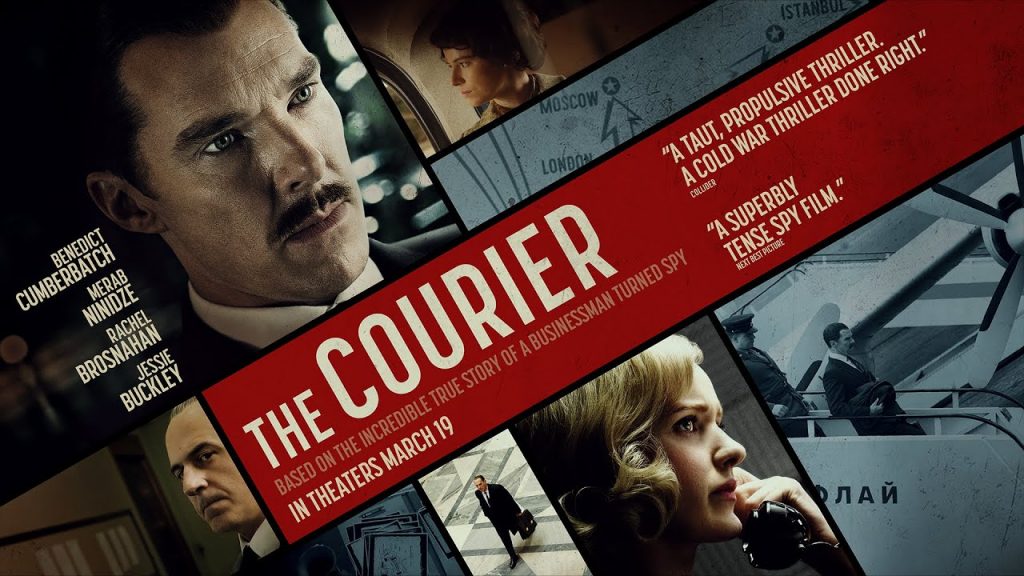 The Courier is a riveting tale based on true events in the early 1960s involving the Soviet Union, espionage, rising tensions between East and West, and the Cuban Missile Crisis. It features a mild-mannered British businessman, Greville Wynne (Cumberbatch), recruited by British Intelligence and the CIA to carry secrets from a high-ranking Soviet official in Moscow to the West. Wynne is not a soldier, he is not interested in putting himself at risk, he is not a trained spy, and yet he understands the necessity of serving his country and possibly preventing nuclear war. His position as a businessman gives him a perfect cover, a fact which even he admits. The film kept me glued to my couch. 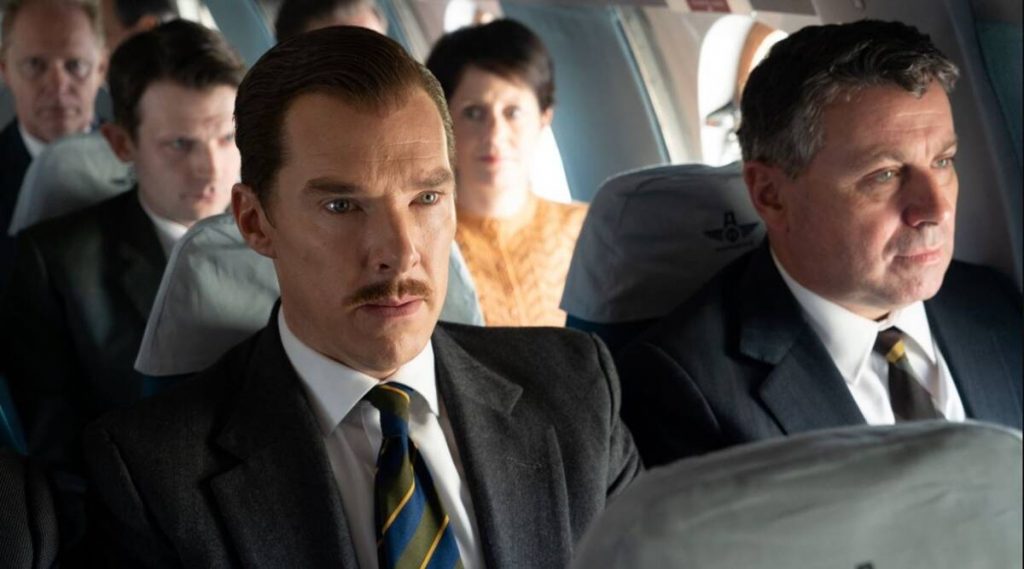 Cumberbatch is perfect in this role.

At times it is a slow, gentle burn, and at others it’s a heart pounding and tense espionage/thriller. I loved it. It is similar in many ways to Spielberg’s Bridge of Spies, including the presence of a highly compelling lead who is fun to watch and seems as though he were born to act. If you enjoyed that Spielberg film, you will really enjoy The Courier. Highly recommended.

This is not an action film, so be aware of that going in. It is a compelling story that relies on its two leads to carry the film, and they do so admirably. I loved the relationship between Wynne and Colonel Oleg Penkovsky (Merab Ninidze). They bond during their interactions, and despite Wynne’s fear of getting caught, he quickly develops a genuine friendship and concern for the Soviet army official. It’s fun watching Wynne when the two first meet. He has no idea who Penkovsky is, but when he realizes, during a trip to the Bolshoi Theatre, Wynne’s reaction is simultaneously amusing and unsettling. The truth of the situation slowly unfolds for both Wynne and the audience. 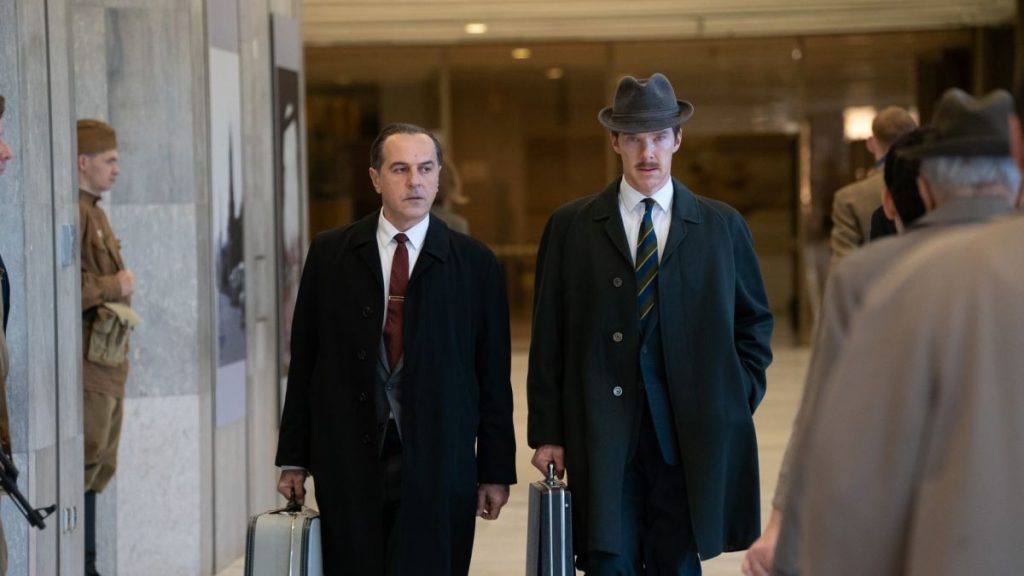 Together and in great danger.  Ninidze is wonderful.

Cumberbatch is masterful at this type of role: the everyday man thrown into world events and situations with enormous stakes. He’s totally believable as a businessman doing things for which he’s wholly unprepared. I highly recommend this film, but be aware that it is a character study of two men thrust into the middle of world events at the cusp of the rise and fall of empires, but it involves no fighting or action of any sort. Kudos to writer Tom O’Connor and director Dominic Cooke for this. At times the suspense was edge-of-the-seat, and at others, the screen held thoughtful moments of real character, such as Wynne’s second visit to the Bolshoi. 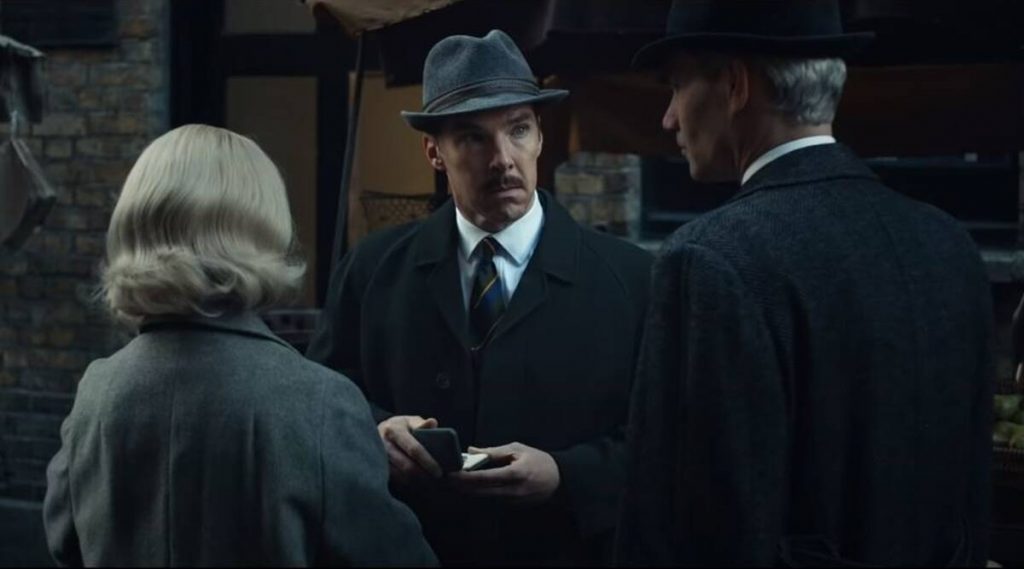 I want to extend huge appreciation to Benedict Cumberbatch, who pulled off the role of Wynne seemingly without effort. Moreover, the sets, setting, costumes, and props fully immersed me in the 1960s in the Soviet Union and England, and the filmmakers completely achieved the illusion of the Cold War during this time period.

I watched this film at home via the Microsoft Store for $14.99 (on my X-Box) and it is currently available to rent via many other streaming services.

If you appreciate films like Bridge of Spies and Argo, you will enjoy The Courier.