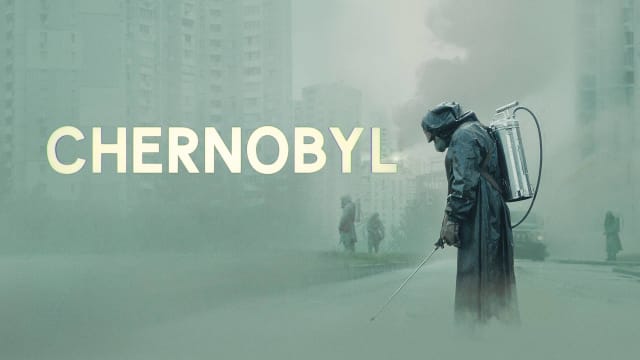 I remember 1986 very well. This is not only because of inevitable teenage activities — I was sixteen years old — but creatively speaking, by then I’d already discovered Pohl’s Gateway, Asimov’s Foundation, Cameron’s Terminator, Scott’s Alien, and Carpenter’s The Thing. I was driven toward the writing career I’d always wanted, fuelled by my love of Science Fiction, Mystery, and Horror properties (although it would take another twenty-six years before my first published novel, The Furnace, would arrive on the scene.) In 1986 I saw firsthand not only the dangers of technology, but the sometimes tenuous grasp we hold over it. In January, I watched NASA shuttle Challenger explode on liftoff. (I actually saw it live on TV; I was home sick from school that day.) Then, barely three months later, the world woke to a catastrophic nuclear disaster which would affect the lives of millions, and not just those in Ukraine or Russia.

For the most part, few in Canada or the States had even heard of the nuclear plant. But suddenly we were glued to our TV screens, watching satellite images of a massive fire burning in a large, devastated structure, bellowing a smoke plume of radioactive dust and ash soaring eastward over Russia … and eventually into Canada, carried by the Westerlies. 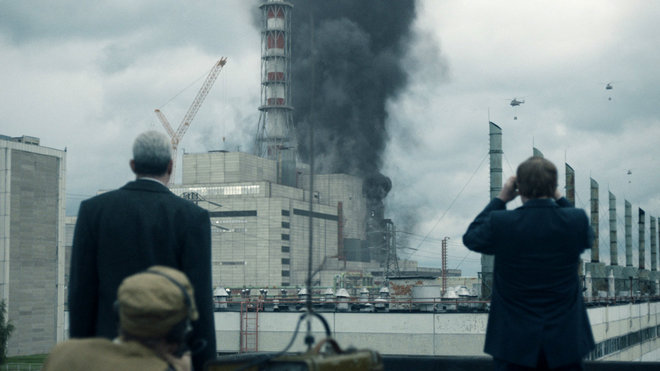 It was alarming and shocking, and for weeks the disaster gripped the world.

Eventually the furor died down, the disaster seemingly under control, with Russia presumably working on mitigation efforts of the affected areas.

The rest of the world forgot about it.

I forgot about it.

Then, over thirty years later, I began research on my novel Fatal Depth (coming in 2020). In the book, a nuclear fission reactor similar to Chernobyl plays a prominent role.  I began months of research, my usual preparation for writing a book, and I delved deeply into the Chernobyl disaster and learned of the safety test scheduled the day before, the control rod design flaw, and the eventual meltdown and corium descent into ‘The Elephant’s Foot.’ (At the time of its discovery, eight months after the disaster, merely 180 seconds of exposure to the Foot would kill.) Before this research, I knew almost nothing of the disaster. The cause was a cascading sequence of events, including human error and miscalculation, along with a critical design flaw. Much of what I uncovered during my research shocked me. I used a great deal of it in my book.

(BONUS:  CHECK OUT THE VIDEO AT BOTTOM OF PAGE) 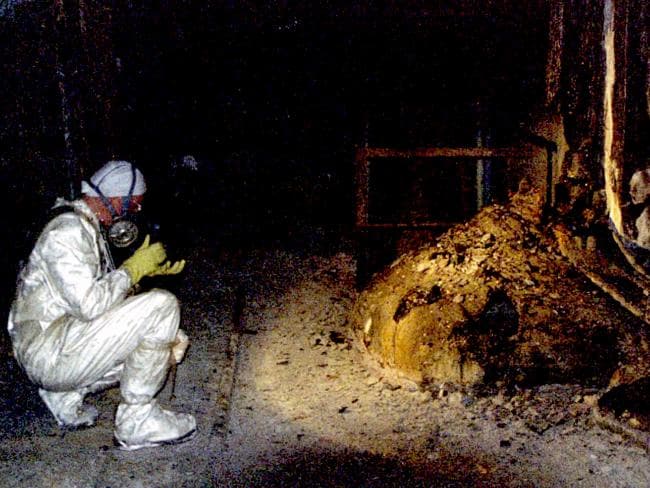 Now HBO brings us Chernobyl, a five part series about the disaster that is riveting, horrifying, and at times gut-wrenching.

The story begins two years following the catastrophe. It’s a short prelude. Legasov (Jared Harris) is recounting events into a tape recorder. He’s saving his record of the disaster for his peers, in the hopes an accident of its type would never reoccur. What happens next is both unexpected and predictable, I guess, and we then skip back two years to the frenzied activity immediately following the core’s explosion.

The staff are frantic.

The interesting thing is that the person in charge of the plant at the time, Dyatlov, refuses to accept that damage has occurred to the core. He’s convinced only a hydrogen tank exploded. He dispatches workers to investigate — even as they tell him the core is gone, ruptured, ripped open — but he refuses to accept their evidence. 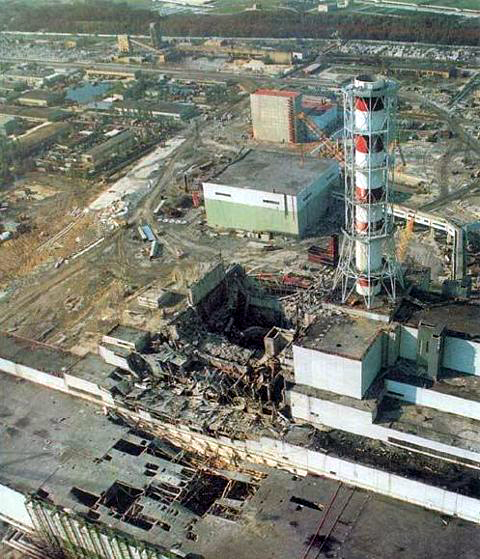 The Core is Split Wide Open and Exposed to the World

By sending them into the core, he’s basically sentencing each of them to a hideous death as their bodies dissolve into bloody, seeping wounds.

The tension is massive.

It’s dramatic irony, because we know what’s happened. We know the terrible horror of what’s going on, even though Dyatlov is obstinate in his denials. He’s rude, abrasive, and runs the control room like a dictator. We instantly hate him. But his failure to recognize the truth going on around him is the real crime, and he also plays a role in the cover up immediately after.

(BONUS: CHECK OUT THE VIDEO AT BOTTOM OF PAGE) 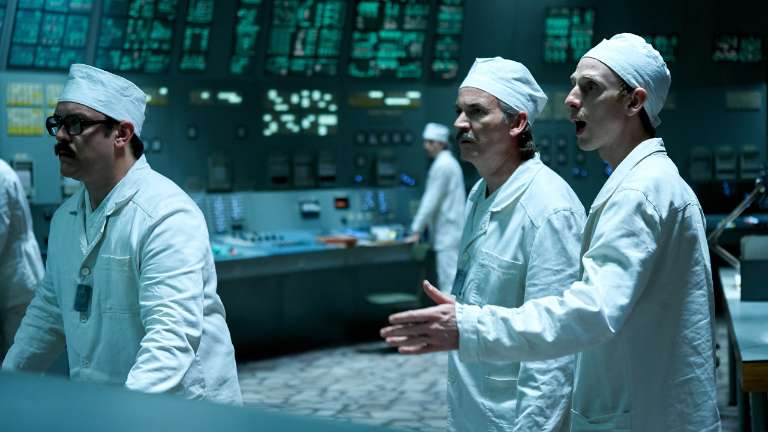 At first I was worried that the series wasn’t going to address exactly how the disaster happened. The safety test, the design flaw, and so on. The reason is because in the series, the narrative starts seconds after the explosion. But rest easy, for the writers have saved this for the fifth and final episode, during the investigation to uncover the timeline leading up to the explosion and fire. It recounts what happened minute by minute, sometimes second by second. Other episodes involve the cleanup attempts, efforts to cover the core, evacuations, injuries sustained by plant workers and firefighters, and the killing of animals in the immediate vicinity.

Some parts were hard to watch.

Some parts were gruesome.

The subsequent Soviet efforts to conceal the news and lie about the reality of the situation didn’t surprise me. Their attempts to glorify their achievements and hide disasters by censoring the news is expected, really. We see that with state-sponsored news outlets that only release what the government deems appropriate. The same thing happened following the Kursk disaster, when asking for help earlier may have saved lives. How many died following Chernobyl because officials were slow to evacuate the region? How many plant workers and firefighters died because officials simply claimed the roof was on fire and the explosion had not compromised the core?  (MORE ON THIS IN THE BONUS VIDEO AT THE BOTTOM OF PAGE) 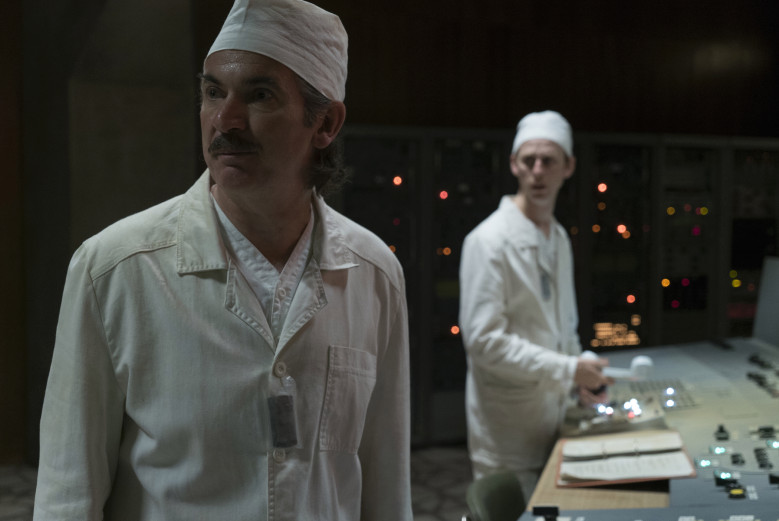 The production values are fantastic. Buildings are exactly as we’d expect of Soviet-era architecture: cold, sterile, utilitarian, and due to economic pressures, crumbling, ill-kept, and poorly maintained. The series actually filmed in the former soviet republic of Lithuania. The crew shot power plant scenes at a decommissioned nuclear reactor of the same type as Chernobyl, now shut down due to fears of a repeat accident. The technology of the 80’s (in the Eastern Block) is fascinating to see on screen. Old telephones, crude even by 1980 standards, for instance. Kudos to the set design and costume departments. The acting overall is stellar, especially Skarsgard, Harris, and Watson. Of special note is Paul Ritter, someone I’m unfamiliar with. He gave a stunning performance as the plant controller, Dyatlov.

Chernobyl is a gripping and heart-pounding miniseries currently on HBO. I highly recommend it. As of this writing, its IMDB rating is 9.6/10, currently the highest rated show in the database after nearly 300,000 votes. Give this series a shot; it’s worth your time.

(BONUS:  CHECK OUT THE VIDEO AT BOTTOM OF PAGE)

“One very riveting, intelligent read!” — Readers’ Favorite
“If you like novels like The Hunt for Red October and Red Storm Rising,
you will certainly enjoy The War Beneath.” — A Thrill A Week
“If you’re here for thrills, the book will deliver.” — The Cambridge Geek
“This is a tense, gripping science fiction/thriller of which Tom Clancy might well be proud . . . When I say it is gripping, that is the simple truth.” — Ardath Mayhar
“… a thrill ride from beginning to end …” — SF Crowsnest
“… if you like Clancy and le Carré with a hint of Forsyth thrown in,
you’ll love The War Beneath.” — Colonel Jonathan P. Brazee (RET),
2017 Nebula Award & 2018 Dragon Award Finalist
“Fast-paced, good old-fashioned Cold War espionage … a great escape!” — The Minerva Reader

WatchMojo has published a YouTube video on the accuracy of the series.  I found it absolutely fascinating.  Check it out here:

← The Second Recipient of the TSJ Future Writer Award
THE WAR BENEATH by Timothy S. Johnston Makes the 2019 CYGNUS Awards Longlist →